The negative stories emanating from the Government House, Enugu, are far from being over. As a matter of fact, the latest ones are more sordid than the previous ones. An insider told YES International!  that what the whole world is currently salivating over is even little compared to what is yet to be made known. “Only God can save that marriage”, began the insider. “Right from day one, the couple had been having issues; serious issues. Forget the drama they acted on Tuesday, during their press conference. The man is not happy, the woman is also not happy. To tell you the truth, both of them, since the union was consummated, have been living like cat and dog. Theirs is simply not a normal union”.
Moving further, the insider listed adultery, drunkenness, battery, intimidation, lack of sex and lovelessness as some of the allegations equally threatening the union. “It’s only God that can save them”, she quickly added. “I’m a Catholic like them, and our faith does not support divorce. But with the way both of them are going, only a miracle will save them”.
The governor – one of the best performing in Nigeria right now – was married before. The union produced four children – Ada, Nnamdi, Tochukwu and Ezinne – before its collapse. Now, his second attempt at matrimony, contracted amidst controversy, is also shaking. The Catholic Diocese of Enugu, it would be recalled, had made fruitless attempts to reconcile Chime and his first wife, Ifeoma, then. But after replacing the woman, in spite of pleas and advice, with the then Miss Clara Chibuzo Igwe, the fate of this second union is not known.
Chime and the mother of his first four children parted ways in 1990, after co-habiting for about 14 years. He remarried in October 2008, in Umumeze Amuda, Isuochi, Abia State. The high society wedding which allegedly gulped over N100 million was witnessed by the then Vice President, Dr. Goodluck Jonathan; Senate President, Retired Brig. Gen. David Mark; his deputy, Senator Ike Ekweremadu; GOC, 82 Division of the Nigerian Army, Gen. A.D Ibrahim and then PDP chairman, Prince Vincent Ogbulafor.
Other top shots at the wedding were Gov. Peter Obi, Gov. Rotimi Amaechi, Gov. Martins Elechi, Gov. Godswill Akpabio, ex-Gov. Ali Modu Sheriff and ex-Gov. Ibrahim Idris. His predecessors like Chief Jim Nwobodo, Admiral Allison Madueke and late Chief C.C. Onoh equally attended. Currently 54, Chime trained as a lawyer. The son of Chief Elias Aneke, a junior Minister in the old Eastern Region, he was appointed in 1999 as a Special Adviser to ex-Governor  Chimaroke Nnamani; become an Attorney General in 2001 and Enugu governor in 2007. From Udi, Enugu State, he is savouring his second term in office.
Clara, on the other hand, was born 32 years ago in Zaria, Kaduna State. The daughter of Sir Raphael and Lady Patience Igwe, she attended Model Staff Primary School, Bakori, Federal Government Girls College, Bakori and Abia State University where she read Marketing. She graduated in 2005. And served in Government House, Jalingo. This was in 2006/2007, and also worked with the Petroleum Trust Development Fund (PTDF) in Abuja. She allegedly met the governor in Abuja during an NBA conference, through one of her brothers said to be Chime’s friend.
A no-nonsense man who is sometimes unpredictable, Clara was said to have been rattled by what she saw soon after moving in. And the story has remained unchanged until weeks back when fiery lawyer and Senior Advocate of Nigeria, Femi Falana, drew the attention of the world to the woman’s plight.
Falana had petitioned the National Human Rights Commission (NHRC) on her behalf alleging among other things that she had been clamped into ‘unlawful custody’. And also that the husband had been paying “a doctor to inject me with all sorts of drugs. On occasions where I had refused the medication because of the intolerable side effects, I was restrained and given it against my will. All my rights are being violated”. However, in a belated reaction, the governor denied maltreating his wife; insisting that he loves her. The governor who spoke during a session with some journalists stated that his wife has a medical challenge which he refused to supply its details.
“Why would I confine my wife in her room? We don’t have any misunderstanding whatsoever; it is not about wife battering or mistreatment. The worse scenario is that if you are not compatible, you go your separate ways instead of infringing on one’s human rights. The case we have here is that my wife is going through some health challenges and for her to get adequate treatment, she’s being confined here on the advice of her doctor. She goes to church and attends some functions at any point in time she’s stabilized. The security only restricts certain people from coming to see her because of her state of mind…”
The marital squabble which has since turned very messy, according to the mother of one (Ugomsi), is even known to President Goodluck Jonathan and his wife, Dame Patience. Likewise some high-ranking Catholic priests, whom the woman had allegedly reported her husband to in the past. Meanwhile, another dimension was added to the story days back when one Enugu indigene told us: “Yes, Sullivan is working. No doubt about that. But what he has failed to do is a spiritual cleansing of the state and the Lion Building Government House. I don’t want to go into details, but another former governor of the state also experienced this or something similar. Elders of the state like Senator Jim Nwobodo know what I’m talking about. They must do something about what I just told you before it’s too late. One of our ex-governors has a mental disorder. He’s been on medication for years. He too also had a similar issue with his wife. In fact, there was a day he stripped the woman completely inside the Government House. I won’t say more than this, but those that know, know what I’m talking about”. 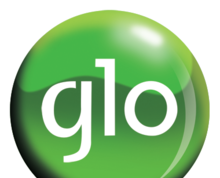 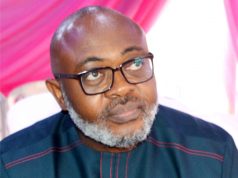