The Elegant Stallion, Onyeka Onwenu, had her office invaded on Thursday, February 21, 2013 by some thugs. Investigations later revealed that they were acting on the instruction of one Ms. Dickson who had been at loggerheads with the renowned musician and businesswoman over The Unity Centre, on Isaac John Street, Ikeja GRA, Lagos. The Lagos State Commissioner of Police, Mr Umar Abubakar Manko, MNI, has since waded into the matter, urging all the parties to await the outcome of their court cases before making any other move. 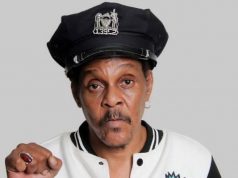