Multichoice, Nigeria’s leading provider of premium pay TV services on the DStv, GOtv, mobile and online platforms, by way of rewarding dedicated subscribers during this yuletide season, has announced the  Let’s Go to Samba 2014 promo festive season draw. The promo, which will run from November 2013 to April 2014, will see 60 lucky subscribers selected through a supervised draw to win tickets to Brazil, where they will not only visit some iconic cities, but also have the rare opportunity to visit the Telemundo Studios and interact with their favourite TV personalities. Speaking at the launch of the promo, Martin Mabutho, General Manager, Marketing and Sales, said that though the promo is for the festive season, it will be extended far beyond the yuletide season in celebration of MultiChoice Nigeria’s 20th year of uninterrupted quality entertainment. “In our 20 years of innovation, we feel the need to reward our subscribers throughout the festive season and beyond and this is why the promo will run from November to April. The promo is open to all current subscribers and potential DStv subscribers on the premium bouquet.” Explaining Brazil as a choice destination for the promo, Mabutho said there is currently a lot of focus on Brazil as it is the destination everyone will be talking about in 2014 for all the good reasons. “Brazil is a tourist’s choice for several reasons. People like to go to Brazil to play football and also experience the amazing beaches and so we believe that since our subscribers live within these communities and want to go with this flow, we will make it easy for them”. The launch of the promo not only served as a medium to conduct the first live draw and announce the first 10 subscribers who won an all-expense paid trip to Brazil, but also to unveil the first of its kind DStv Explora designed in the colors of the Nigerian flag. “In order to highlight our achievement in this market and our relationship with the Super Eagles whose achievements have been well publicized, we decided to punctuate this milestone of 20 years of quality entertainment with innovation, hence the DStv Explora limited edition designed in the national colors,” Mabutho said. A 43 percent price slash on the DStv decoder and dish in addition to a one-month free subscription on the Family Bouquet from N27,000 to N 15, 500 was also announced to serve as an incentive to encourage more potential subscribers to participate in the Samba 2014 festive season draw. The purchase of the DStv Walka 7 hand held device also qualifies subscribers for a draw. Also, existing subscribers can pay for their subscription to qualify for the draws which will be held monthly. 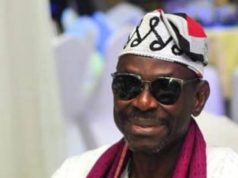 Buhari Warms Up For AU Summit In Niger Republic Tomorrow