Uncrowned winner of Nigerian Idol’s debut edition, Naomi Mac, will soon hit the airwaves as she is now putting finishing touches to some singles and video releases.  The singer who thrilled Nigerians during the first edition of the Nigerian Idol TV reality show back in 2011 also just shot new and rebranded pictures to suit her new style as well as release the video of her debut single, Kene Ebe Otu (One People). She just revived her musical career. Naomi became the vocal choice of many who watched the first edition of the show (which Yeka Ogahs won). Nevertheless, the non-relenting gem has since sought greatly to develop herself in the most necessary areas of her career, music, education and work. Amidst rotating between studio sessions, live show presentations and jamming with the much acclaimed Eclipse Band, she is now studying Creative Arts in the University of Lagos while also gradually building a secondary career in fashion, owing to a long nurtured love for looking good.  Naomi is the third child in a family of eight. She started singing early, along with her sisters in a group known as Star Sisters. But has now changed to The Mac Sisters, following the release of their Christmas song, Sing Aloud With Joy in late 2012. 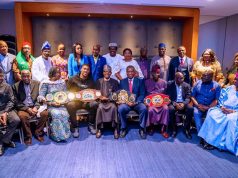 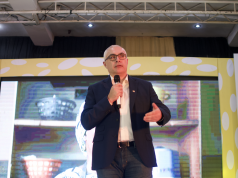 Ayinke House In Lasuth, Ikeja To Be Commissioned Tomorrow By President Buhari