Are you a role model? A role model, by the way, is a person who others look up to and admire. A role model provides inspiration and motivation to seek out accomplishments. Role models send messages about their beliefs by what they do and say. There are some traits of positive role models. Let me sum up this way: a role model should possess integrity and does the right thing even if no one is watching or he does not receive acknowledgment for his or her act.

In a society that is largely about entertainment and showbiz culture, celebrities can have a powerful impact on young people’s lifestyle. Imagine all kinds of dance styles that are in vogue nowadays: shoki, azonto, kukere, etighi, skelewu, etc. Also from fashion trends to political views, the attractiveness of a celebrity’s lifestyle can influence young people’s beliefs, interests and behaviours. This obsession with celebrity culture often starts at an early age. Many teens and young adults are infatuated with young or old pop-culture icons. They think of celebrities as role models and may choose to imitate them.

Role models are people who set the standard for other people in areas such as attitude, behaviour, skill and relationship. When people follow the example of another person, the person being followed is a role model. A role model might have one particular area that makes him or her a good role model, or he can lead a generally imitation-worthy lifestyle. Alternatively, he could be looked up to simply because of who he is.

Trustworthiness is another quality of a good role model. A role model is honest and doesn’t lie. A role model possesses integrity and does the right thing even if no one is watching or he does not receive acknowledgment for his act.

Role models demonstrate that if they work hard to attain something, then others can, too. They give you dreams and goals to aspire to. Perseverance is a key trait. They are proud of who they are, but not cocky. If a role model displays that she has self-esteem, those who look up to her will, too.

How you treat others speaks volumes about who you are. A good role model listens to others and also considers opposing points of view. He treats others how he would want to be treated and is considerate of others. In making mistakes, a role model does not place the blame on others; he owns up to his own shortcomings.

Your lifestyle shapes others. Say No To Drugs. 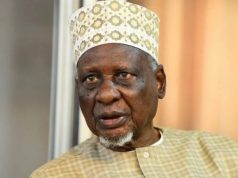 NO PLANS TO CONTRACT OUT SALARIES, SAYS KWSG