Former Secretary to the Federal Government and one time Minister of Finance, Chief Olu Falae, has been kidnapped. The septuagenarian and economist was taken away from his home in Ondo State this morning by some unknown gun men.

As at the time of writing this, his whereabouts were still unknown. Those who took him away have also not gotten in touch with his family.

It would be recalled that the Falae family was visited by tragedy years ago – his son, Deji, a Commissioner in Ondo State, died in a plane crash alongside the owners of MIC Caskets, while ferrying the corpse of ex-Governor Segun Agagu for burial.

Latest information has it that the kidnappers are asking for N100 million before they will release him. 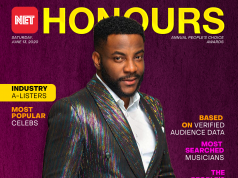 90 Percent Of Cars In Nigeria Are Smuggled – Hammed Ali