They say the sun will rise and set; seasons will change and the youth will take over from the old. The hourglass has been flipped, the king has gone to meet his ancestors and for Prince Adeyeye Enitan Ogunwusi, it is only the beginning.

Since the demise of the highly dignified Oba Okunade Sijuwade, Olubuse II, who in his capacity as the Oonirisa of The Source brought a lot of fanfare and prestige to the already well revered stool that at one time or the other had been occupied by such illustrious personalities as Oduduwa and Oranmiyan, the race for the next Ooni has been on and the four ruling families: Osinkola, Ogboru, Giesi and Lafogido can’t wait to take over.

A declaration document was signed by then Chairman of Chieftaincy Committee of Oranmiyan Local Government, P. O. Olaniyi. The document was forwarded for approval on September 14, 1979 and was signed on January 28, 1980 approving the rotation of the stool among the four ruling houses, in that order. The document had been prepared under the reign of the late Oba Adesoji Aderemi, who was from the Oshikola ruling family. The late Oba Okunade Sijuwade, the Olubuse II, being a product of the Ogboru ruling house, the next in line to ascend the throne must therefore come from the Giesi family. A prince of the source, a fearless and self-made business man, Prince Adeyeye Enitan Ogunwusi, being the fourth direct descendant of the Giesi family, is in all context, seems the next man for the throne.

About forty years ago in the ancient city of Ile-Ife, a prince was born into the Giesi Ruling House, Ojaja Royal Compound of Agbedegbede in Ile-Ife. He was named Adeyeye. Prince Adeyeye Enitan Ogunwusi was quietly delivered into the humble family of Prince Ropo and Late Mrs. Margaret Wuraola Ogunwusi (Ile Opa family compound, Ile Ife). The father was a radio and television anchor and presentation star in the mid-1980s to early 21st century in the South-western part of Nigeria. Though born quietly, Prince Ogunwusi’s excellence and outstanding acumen would soon start to announce itself.

An astute entrepreneur, driven by turning ‘impossibilities to possibilities’, Adeyeye’s power of imagination has set him aside.

He has been involved in Engineering, Procurement and Construction (EPC) locally and abroad for over 12 years and is also actively involved in the development of over 2,500 housing units with various consortia of developers/promoter in Nigeria. He has facilitated strong trade relationships through Association for International Business (AIB) with presence in over 200 member countries across the globe which he set up in Nigeria. One of the key achievements of this body is the trade facilitation between the United Arab Emirates (Jebel Ali Free Trade Zone Development) and Federal Government of Nigeria through the Nigerian Investment Promotion Commission (NIPC). He was a co-organizer for Ondo State Economic Planning and Implementation Committee. He led the Government delegation to Canada in 2002 for strategic alliances and partnership with Ondo State Government on solid mineral potentials of the State (Bitumen, Dimension Stones, Granite, etc.) which led to the formation of Amalgamated Mining and Exploration Company Limited – wholly owned by Ondo State Government. He was involved in the facilitation and development of Sparkwest Steel Galvanizing Plant (the only Steel Galvanizing Plant in Nigeria), National Iron Ore Mining Company Limited and Jakura Mines resuscitation projects, which has become the major limestone feed stock to Obajana Cement Plant in Kogi State, Nigeria.

Prince Adeyeye Enitan Ogunwusi is involved with trading and marketing of commodities, the main facilitator for Dangote Group’s break into the ‘up-country supply chain consortium’ between 1996 and 1999. He also traded for Dohagro Allied, Global Apex, Olam, Clemco, Stallion Group, Milan Group, etc, at about the same period. This was where he gained expertise in marketing prowess which up till date is one of his major strengths. He also facilitated the biggest Lead and Aluminum recycling plant set up in Nigeria by National Steel Company of India in Ota, Ogun State.

He began his strides in the Real Estate sector with various dredging and land reclamation projects in Lagos State. Adeyeye is the initiator of EssentialHomes, a real estate project launched in January 2014 and formed to deliver affordable upscale homes to the middle and low income earners. The first phase of the product (The Southpointe Estate, Lafiaji Road, Lekki, Lagos State) started in February 2014, and has been successfully delivered within 1 year with about 60% occupancy recorded. This attests to the huge market demand and acceptability of the EssentialHomes. He also led the team that developed the beautiful Northpointe Estate Phases I,II,III and Midland Court , on Chevron Drive, Lekki Lagos. In addition, Prince Adyeye has successfully undertaken more multi-billion Naira projects across Lagos and environs; Jacob Mews Estate, Yaba, Lakeview Park I and II Estates, Lekki, the ongoing Golden Leaf Estate, Lafiaji, Lekki and Grand Lake Estate, Ajah, Lagos.

To actualize his dream of the development of one of the best resorts in Nigeria, he led a team that opened up a remote jungle, Inagbe Island, Amuwo Odofin LGA, Lagos, into a whole new community, offering spectacular world class relaxation and recreational facilities. The multi-billion Naira Inagbe Grand Resorts and Leisure, Lagos, Nigeria is a first of its kind in the whole of West Africa bounded by the lagoon.

Earlier this year, Prince Adeyeye also intimated the youth of Ile-Ife of his plan to replicate this remarkable project in Ile-Ife, having already acquired good land mass for the project. Interestingly, he has an incredible master plan to rebrand Ife and take it to greater heights. On the 7th of March, 2015, Adeyeye was a recipient of the prestigious NIDSA (National Ife Descendants Students’ Association) GOLD AWARD on the occasion of their Ife Day celebration.

Prince Adeyeye enjoys being in the midst of his workers, celebrates and dances with them, dines with them, cracking jokes and of course gets on the work grind with them. He is a grass root fellow to the core and lover of the youth. His humility is second to none. Being a philanthropist, Adeyeye has sponsored less privileged children and youth in Ile-Ife and Lagos where he lives. Some youth are still beneficiaries of Adeyeye’s scholarship platform till date.

Prince Adeyeye Enitan Ogunwusi is a Director on the Board of Directors of Imperial Homes Mortgage Bank Limited, (formerly GTHomes), a leading National Mortgage Bank and former subsidiary of one of the biggest banks in Africa, GTBank Plc. He is also a Director, FinaTrust Microfinance Bank Limited, one of Nigeria’s foremost Microfinance Banks focusing on SMEs and micro credit facilities. He is the Founder and Managing Director of Gran Imperio Group, the holding company of his Real Estate and Construction, Manufacturing, Facilities Management, Leisure and Tourism companies in Nigeria. He holds a Higher National Diploma in Accountancy from the Polytechnic Ibadan, where he started cutting his teeth in outstanding entrepreneurship, even as a student. The royal prince of Ile-Ife is a member of dignified professional bodies, namely, Institute of Chartered Accountants of Nigeria (ICAN), an Associate Accounting Technician and a certified member of the Institute of Directors (IoD) Nigeria. He is also an active member of Global Real Estate Institute (GRI), having participated at various levels.

To be a prince in Yoruba land is in itself outstanding. To then be a prince of the source, Ile-Ife, the cradle of civilization is to be truly blue-blooded. Very passionate about what he believes in; people and possibilities, Adeyeye has achieved giant strides even from his very youthful age.

He is loved and highly respected by the people of Ile Ife.

Truly, his election will be a new dawn and Ife will never remain the same again. 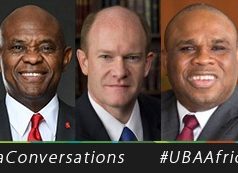 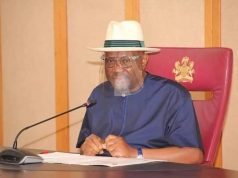