Ogun State Governor, Senator Ibikunle Amosun, has signed 2016 appropriation bill into law with a firm pledge that it would be implemented to the letter.
Governor Amosun who assented to the bill at exactly 10.30am in Oke-Mosan, Abeokuta noted the budget was well thought out and ambitious as the present administration did not allow the economic situation in the country to dampen its spirit.
He said that contrary to the notion that second term governors do lesser work, his administration would use the three and half years left to work round the clock to give the best to the development of Ogun State and bring a new lease of life to its people.
The State’s helmsman said that the N200, 274, 453, 352 billion budget was well thought out and ambitious in spite of the economic situation in the country, affirming that all hands would be on deck to generate revenue to make it work.
While thanking the Speaker, Rt. Hon. Suraj Ishola Adekunbi and the entire members of the State House of Assembly for expediting action on quick passage of the bill, especially during budget defence and for keeping to the tradition of assenting to the bill before the year runs out, Governor Amosun assured that the State at large would have better story to tell in the coming year.
‘’This budget was well thought out and ambitious because we did not allow the current economic situation in the country to dampen our spirit. We will go all out to generate the much needed revenue to fund the budget and do all without our power to make it work.
I want to assure our people that this budget would be fully implemented, once that is done, our people would be better for it.
We know so well that we do not have enough time left to work for our people, this is the reason we are determined to go round the clock to work harder for the State such that generations unborn would be proud of,’’ Amosun stated.
Speaking earlier, Speaker, Ogun State House of Assembly, Rt. Hon. Adekunbi, said that the present administration since inception had been running a participatory government which informed the need for the House to swing into action to ensure speedy passage of the bill, appreciating the collective efforts of all and sundry for their inputs during budget defence.
‘’We are running one government and it’s been a participatory government. We swung into action immediately the bill was presented by His Excellency in order to ensure that it was passed this year.
I want to appreciate the Governor for sustaining the tradition of bringing the appropriation to the House every November since inception and for his leadership,’’ Adekunbi ended. 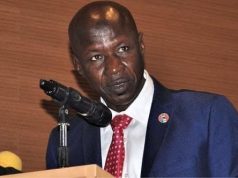 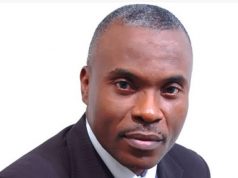 Konga.com Becomes A Prepay Only Platform

Wow! Biggie Giving Away All Furniture In BBNaija House Or N1m Cash To Lucky...