The royal family of Nwokos, in Idumuje-Ugboko, Delta State, is currently enmeshed in an adultery scandal. The 37-year-old wife of their monarch, Okwukwe, was accused of adultery and sent packing from the palace. An allegation she is not only denying, but has even said that she is ready and willing to subject herself to the ‘traditional oath’ or even put up her almost 3-year-old child whose father has not seen since birth for a DNA test to prove her innocence.

The 90-year-old monarch, Obi Agbogidi Nwoko 111, according to what we heard, was initially married to four women. He lost one, divorced two, thus leaving her with Okwukwe who is at the centre of the drama now unfolding in the community.

Okwukwe, meanwhile, is blaming the crown prince, Nonso for her travails. She is also threatening a legal action in the event that the Obi in Council is unable to resolve the lingering issue. To establish her innocence and also move back to the palace.

The Nwokos are very, very popular in Delta State. They have produced quite a number of prominent sons and daughters. Among them are Hon. Ned Nwoko, a former member of the Federal House of Representatives and great artist, Demas Nwoko. 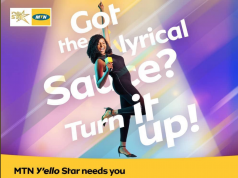