The Governor spoke during the Jummat service held at the Owu Central Mosque, Owu, Abeokuta, on Friday.

Governor Amosun, while commending Owu Muslims, said they showed exemplary leadership and laid a good precedence in the selection of the new Chief Imam within the shortest possible time and without acrimony.

Pointing out that this was an inspiring record which other groups in the country must learn from, Governor Amosun said he was happy with the peaceful selection process irrespective of the number candidates.

He prayed that the tenure of the new Chief Imam would bring joy, progress, harmony and development to the entire Owu land and beyond. The new Chief Imam, while appreciating the Almighty Allah, also thanked Governor Amosun for witnessing his turbaning on Friday.

He promised to lead Owu Muslims aright in the will of Allah and assured that he would promote unity and work for the peaceful co- existence of the people of Owu, Egbaland and Ogun State in general. 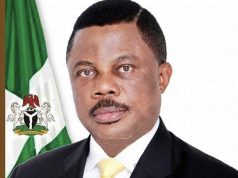 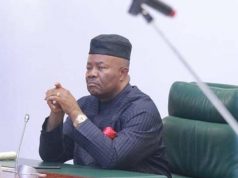 Atiku: I Am Not Desperate To Become President

BANKY W CONFESSES: I’VE BEEN SEARCHING FOR A WIFE, BUT IT HASN’T WORKED OUT