The Ogun State Government has urged aggrieved civil servants and doctors in the state not to truncate the rebuilding mission of the Senator Ibikunle Amosun-led administration and return fully to work.
Commissioner for Information and Strategy, Chief Adedayo Adeneye, who made this appeal while fielding questions from newsmen in Abeokuta yesterday, said government remains committed to workers’ welfare despite dwindling Federal Allocation.

Adeneye said Ogun is one of the few States in the federation that pay workers’ salaries as at when due, in spite of the country’s current economic downturn, adding that the state pays the highest wages to workers in Nigeria despite its meager  allocation.

“The present administration, led by Senator Ibikunle Amosun, inherited two years arrears of deductions and gratuities which it cleared. We therefore seek the cooperation and understanding of our workforce at this difficult period rather than an industrial action,’’ he pleaded.

The Commissioner further said that government would do everything humanly possible to meet its obligations to the workers as soon as the financial situation of the state improves. 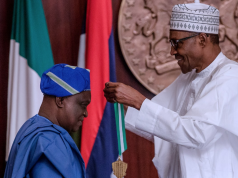 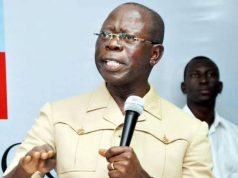 Tinubu to Osinbajo: Your 60th birthday comes at a momentous time