In line with its commitment to delivering value,next generation network, Globacom, has unveiled a new data package, Glo Data Supermart which packed all its array of data services in a single plan for the comfort of its data subscribers.

In a press statement in Lagos, Globacom said “we again want to reward our loyal customers by giving them more value for their money in a comforting and less stressful manner. That is why we are giving unbelievable value for all our data offerings to enable our subscribers to browse, download and surf the internet without any stress.”

The Data Supermart also incorporates Booster plans which can replenish data plans whenever a subscriber runs short of data. Under the plan, a N200 Booster will give the user 300MB of data while the subscriber will be given 1GB of data will be given in respect of N500 Booster.

Under the weekend plan called Thank Glo It’s Friday (TGIF), Glo subscribers with N500 will get 3GB of data which is valid between 12 am on Saturday and  5amon Monday. A Glo subscriber also needs only N200 to get 1GB of data for all night browsing on the data super mart.

Globacom’s data services are backed by the company’s massive telecommunications infrastructure, including Nigeria’s most extensive 3G data network, several thousands of  kilometres of nationwide optic fibre infrastructure and a 2.4 terabytes transatlantic armoured-submarine cable which linked Nigeria to Europe through 14 African countries with dedicated extension to the United States of America.

Glo subscribers can access the Glo Data Supermart which caters for all the super fast data offerings on the Glo network by dialing *777#. 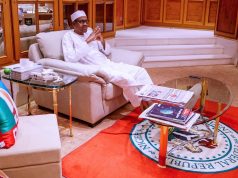 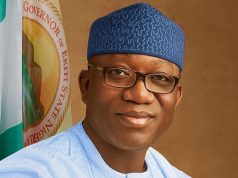 At 68, Fayemi Describes Tinubu As A Leader Of Leaders And Political Colossus 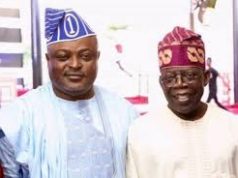 Obasa Rejoices With Tinubu At 68

UBA CHAD AND SENEGAL WIN ‘BANK OF THE YEAR’ AWARDS

At 68, Fayemi Describes Tinubu As A Leader Of Leaders And...

Obasa Rejoices With Tinubu At 68