World’s Greatest Boxer, Muhammad Ali, will be buried on Friday, June 10, 2016 – and this is confirmed.

Ali, who got knocked out by a combination of respiratory and Parkinson’s diseases just days back, will be interred in his hometown of Louiseville, Kentucky, United States of America.

Tributes have continued to pour in for the man who epitomized boxing throughout his life time. On the day of his burial, however, former U.S President, Bill Clinton, will also mount the rostrum to eulogise him anew and before the whole world.

The venerated boxer’s remains are expected in Louisville any moment from now. A private service, by his immediate family, will follow on Thursday.

And on Friday, June 10, prayers will be offered for the repose of his soul by an imam. Likewise clerics from other religions.

A procession Friday will lead through the streets of Louisville, traveling down a street named after him and passing through Ali’s old neighborhood. The procession will end at Cave Hill cemetery, where he will finally be laid to rest.

An interfaith service open to the public will be held at the KFC Yum! Center at 2 p.m. Friday, where President Clinton, Billy Crystal and Bryant Gumbel will shower him with eulogies. Sen. Oren Hatch, R-Utah, a Mormon, are equally expected to speak. 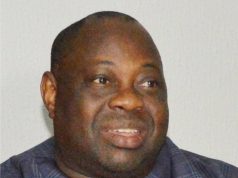 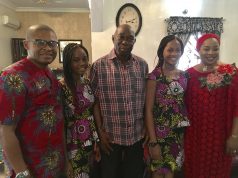 PRAIZ DONATES N10m TO SAVE BABY WITH HOLE IN THE HEART