BY THE ORDER OF JUSTICE OKON ABANG OF THE FEDERAL HIGH COURT, DELIVERED ON THE 27TH OF JUNE, 2016, DR. UCHECHUKWU SAMPSON OGAH, OON IS THE IMMEDIATE GOVERNOR OF ABIA UNTIL THAT ORDER IS SET ASIDE BY A HIGHER COURT.
I am doing this further explanation in addition to what we have done before in order to pass information and reduce ignorance which is very apparent in some of the posts and reactions from our friends. Knowledge,they say, is power.

After the primary election of PDP in December 2014, some members of PDP and Dr. Uche Ogah who felt aggrieved by the manipulations and irregularities that trailed the primary election petitioned the Appeal Panel of PDP for redress, but of course as is usual with the then PDP, Uche Ogah’s petition was neither treated nor replied to. The next thing they did was to apply in accordance with S31(4) of the Electoral Act 2010 as amended to examine the documents, including the affidavit of Dr. Okezie Ikpeazu who then had been declared the gubernatorial candidate of the party having allegedly scored the highest votes in the primaries. Please note that Dr. Uche Ogah came second in the said primaries. Upon examination of Dr. Okezie Ikpeazu’s documents which he filed, it was found out that his declaration on his tax payments were all false. Instances exist where he is alleged to have paid tax when he was not yet employed by Abia State Agency, another was when his salary in his letter of employment and that on his tax documents showed wide difference. He was alleged also to have paid tax on a Saturday, a day we all know is a non working in our public service, Abia inclusive. S31(5) provides that ” A person who has reasonable grounds to believe that any information given by a candidate in the affidavit or any document submitted by the candidate is false may file a suit at the High Court of a state or Federal High Court against such person seeking a declaration that the information contained in the affidavit is false”. Further S31(6) provides: “If the court determines that any of the information contained in the affidavit or any document submitted by that candidate is false, the court shall issue an order disqualifying the candidate from contesting the elections”.

Upon discovery that Dr. Okezie Ikpeazu’s declarations were patently false, Dr. Uche Ogah who came second in the primaries of PDP held on December 8th, 2014 applied to the Federal High Court in accordance with S87(10) of the Electoral Act for a redress. His contention in an originating summons (a proper procedure to commence action bordering on documentary evidence) was that Dr. Okezie Ikpeazu was not qualified to have contested the primary election with him and others in the first place. He urged the court to disqualify Dr. Okezie from contesting the general election which was coming up in April, 2015.

The PDP and INEC were served with this processes, but they chose to ignore it and went ahead with Okezie as their gubernatorial candidate for the election in April, 2015.

The matter commenced before Justice Ademola J in Federal High Court Abuja and the Ikpeazu group came up with allegation of bias against the learned judge. The learned judge washed his hands off the case and transferred the file to the CJ of the Federal High Court who thereafter assigned the file to Justice Okon Abang who proceeded to hear and determine the issue and he did just that on the 27th of June, 2016.

Concerning the false declarations made by Dr. Ikpeazu, their answer was that it was a mistake made by Board of Internal Revenue, Umuahia. Pray, assuming but not conceding that they are right in their assertion, the documents were presented by Dr. Ikpeazu and in the declarations he made, he acknowledged that every information he gave were true and correct and if found to be false, misleading he held himself liable to be disqualified. The court having found out that the information he supplied about his tax payments were all false, ruled that he was not qualified to have participated in the primary election of PDP in December 2014; that all the votes he gathered at the said primaries were invalid and of no effect, in fact wasted. Since a general election has been held in which PDP won, Dr. Okezie Ikpeazu was asked to vacate his seat while Certificate of Return should be issued to Dr. Uche Ogah who came second during the primary election. He was ordered to be sworn in by the Chief Judge of Abia State immediately. Note the word used by the presiding judge was “immediately”. Enrollment order was procured by Dr. Uche Ogah and INEC was served and they obeyed the extant judgement of the Federal High Court by issuing Dr. Ogah with the Certificate of Return.

Meanwhile, Dr. Okezie was alleged to have filed a notice of appeal with a motion of stay. Notice of Appeal does not operate as a stay. You still have to obtain an order of stay either in the court below or at the Court of Appeal before you can talk about stay. So much ignorance is being bandied about, even by some Senior Advocates when they recklessly quote S143 of the Electoral Act that for the fact that Okezie has filed appeal, the stay should have been enforced automatically. With due respect, that Section does not apply in pre election matter which is what this case is all about. His notice of appeal cannot and will not operate to stay the current judgement of the Federal High Court presided over by Justice Abang. For now, there is no stay of execution, therefore INEC did not err in any way in issuing Certificate of Return to Dr. Ogah. Having said that, I am not ignorant of the black market injunction allegedly obtained by Dr. Ikpeazu at Osisioma Ngwa High Court restraining the Chief Judge of Abia State from swearing in Dr. Ogah. That interim order was premised on the said Section 143 of the Electoral Act which is only applicable to judgements obtained in Election Tribunals. It is a laughable ruling not worth the paper it was written. For God sake, a High Court in Abia is a court of coordinate jurisdiction with a Federal High Court and so any order given by such court to contradict an earlier order of the same court is ipso facto null and void. It is only a higher court that had the legal capacity to reverse the earlier order or judgement.

Another area where people need education is on whether the Federal High Court has jurisdiction to declare a candidate who has not participated in all the processes of election a successful candidate and also that he be sworn in. In the recent case of Jev Vs Iyortom, part 1483 (2015) 15 NWLR 417 -625, the Supreme Court ordered a candidate who ought to have been the right candidate for the primaries to be sworn in immediately, replacing the HOR member who had been sworn in as the winner.(Please every learned mind is advised to get this law report and read the case in point and see that the Supreme Court has ruled that the Federal High Court has the jurisdiction and power to order the rightful candidate for the general election to be sworn in even if he has not participated in the entire electoral process). Section 141 of the Electoral Act as amended was considered therein and given its proper application.

With this explanation, I hope people would have been enlightened well enough to discuss this issue dispassionately without sentiments. Abia shall be free very soon! 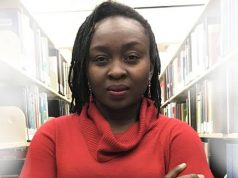 Opinion (9/4/2020): Pastor Chris Oyakhilome Has Made History – By Abimbola Adelakun 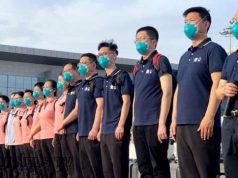 AMBODE CONSTITUTES NEW BOARD OF TRUSTEES FOR GLOVER MEMORIAL HALL