Tacitly and tactically, controversial on-air personality and author, Toke Makinwa, has responded to the two multi million suits slammed on her by her estranged husband, Maje Ayida.

The fitness biz man had accused Toke of libeling him in her tell-all book, On Becoming. But responding stylishly, she had taken to her Vlog, via a series entitled ‘Daddy Issues’ to say:
” As you guys might have heard, there’s a lot going on in the news and the little that I have, let’s just hope I have it after a while. For all the people that reached out to me, my lawyers are on it. Pity me, I hope I’ll still have the little money that I have now, at the end of the N100m law suit. I don’t think you have anything to worry about, that’s all I’ll say. It is what it is. It’s going to be a very interesting year. I don’t believe in court of opinion and what is out there because people are going to have opinions regardless, so I have nothing to say about that.
“I was with someone who knew that I did this vlog for a living didn’t put that into consideration when he decided to step out from what we had having a child out of wedlock with some else. The marriage failed publicly resulted to a lot of people saying you sit here week after week giving us relationship advice meanwhile yours didn’t work. I feel like it’s blessing because I have been in a relationship before and it failed publicly…”
Mr. Ayida, who obviously is unhappy with Toke for accusing him of adultery, refusal to ejaculate inside her, infesting her with sexually transmitted diseases and so on, has engaged the legal services of Carter Ruck, in the United Kingdom and Kemi Pinheiro, SAN, in Nigeria, to halt her from the continued sale and promotions of the book as well as making any further disclosures.

Summing up his wife’s book as ‘exaggerated fabrication’, he obviously resorted to a legal action following Toke’s refusal to withdraw the book from the market and also tender an unreserved apology  to him in three national dailies, like he had demanded. 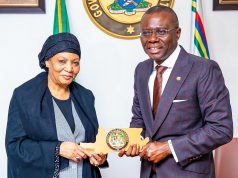 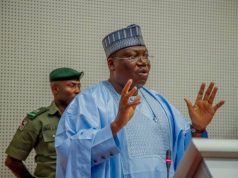 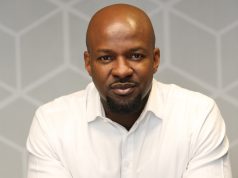 Motivational (31/3/17): Success grows from inside out, by Sam Adeyemi

Okorocha: Ihedioha’s Only Achievement So Far Is To Blackmail Me And Denigrate My Family