Nigerian Breweries Plc, the foremost brewer in the country, has explained that the N314 billion revenue it recorded in the 2016 financial year is as aresult of its twin agenda of Cost Leadership and Market Leadership supported by Innovation. Managing Director of the Company, Mr. Nicolaas Vervelde, explained to journalists at a media briefing in Lagos on Tuesday, ahead of its Annual General Meeting, that the analysis of the audited results shows that the N314 billion revenue represents a 6.7% growth from the N293 billion it recorded in 2015. The declared total dividend of N3.58 per share is also a 100% earnings pay out. “When all factors are considered, our results have been positive and creditable over the years. Despite the deterioration in consumer purchasing power, our robust brand portfolio which covers a broad spectrum of consumer needs enabled us to protect revenue and profitability,” he said. “The operating environment in 2016 was very challenging, especially from an input cost, FOREX and purchasing power perspectives. Our volume growth was in the mid-single digit region, coupled with the price increases that we implemented positively impacted our revenue growth”, he added. Meanwhile, the Board of the company has recommended a total dividend of N28, 386, 181, 179 (Twenty Eight Billion, Three Hundred and Eighty Six Million, One Hundred and Eighty OneThousand, One Hundred and Seventy Nine Naira only), for approval at the forthcoming Annual General Meeting which holds on May 3, 2017. The total dividend amounts to N3.58 (Three Naira fifty Kobo) per ordinary share of fifty kobo each for the 2016 financial year. It would be recalled that the company had earlier paid an interim dividend of N7.9 billion, that is, N1.00 (One Naira only) last year to its shareholders. Thus, the final dividend will be N20. 5 billion, which is N2.58 (Two Naira fifty Kobo) per share. According to Vervelde, the operating environment in 2017 is expected to be similar to 2016, but the company is confident that it is well positioned to adapt to the operating environment as required, and stay committed to delivering a good return on investment to shareholders. 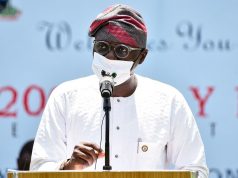 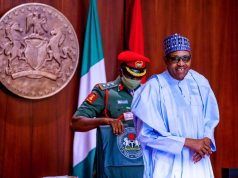 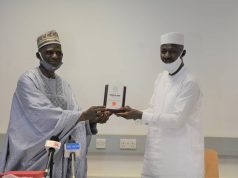