The Minister of Power, Works and Housing, Mr Babatunde Fashola SAN, has reiterated that the Apapa Area in Lagos is a priority for the Federal Government under the Ministry’s programme to solve the issue of roads leading to critical ports in the country.

According to the Minister, who was interacting with newsmen in Abuja at the weekend, at the end of Day One of the Federal Ministry of Power Works and Housing’s Retreat, arrangements for the deployment of an enduring solution on Wharf road were near closure.

Fashola who explained that a couple of private companies had offered to work with Government in terms of fixing Wharf Road, said the design and other requirements for the road were ready adding what was left now was to sign a formal Memorandum of Understanding before proceeding to the Federal Executive Council for approval.

“ I just want to appeal to residents of Apapa, to people whose livelihood depends on Apapa, that Apapa is one of the priority roads under our priority of Works to solve roads that lead to critical ports. We also have Calabar on our radar. But one by one there would be an enduring solution. We’ve done the design, we’ve done everything for Apapa, it’s ready. It’s going to be a concrete road, I believe, that will last another 30 years. So we are close to starting work,” Fashola said.

The Minister, who was certain that work would start in a couple of weeks, pointed that irrespective of the fact that the fund of the Companies, offering to support the project,was private money there had to be some transparency on how to procure it adding that those procurement guidelines were being followed because, according to him, “In government, if http://www.buy-trusted-tablets.com you receive a gift, it must have a value and you must declare that value”.

“So we needed to get certification of all these prices before we get approval from the Federal Executive Council to allow this to happen, that is the only delay. But we are very close; we have held two meetings in the last 10 days with the companies. We have agreed Heads of Agreement. What is left now is to sign a formal Memorandum of Understanding before which we can then proceed to Council”, he said.

Fashola also explained that government wanted to be clear whether what the companies were offering was simply Corporate Social Responsibility (CSR) or they wanted a tax refund for what they were offering adding that the challenge of inadequate budgetary allocation had affected the roads over the years.

“Year on year , you will see that the provisions for the budget funding of Apapa and the Tin Can Island and Mile 2 – Oworonsoki Roads, all of which evacuate the Port have not been sufficient really to deal with the cost”.

Appealing to residents and other users of the road to exercise a little more patience, Fashola explained further, “The cost that we are getting from the contractor there is in the region of about N100Billion and above and the annual budgetary appropriation that is approved for us is about N7 Billion. And then there are debts that we met”.

The Minister also noted that the problem of the Apapa area has been compounded by the excess tonnage on the access routes due to the absence of a rail link which used to take the tonnage off the roads which is also being looked at.” Apapa has many problems one of which is the excess tonnage. There used to be a rail link there to evacuate the Port. From the time we stopped using the rail link and went on to the road, we started degrading the quality of the road. There is only so much tonnage that you can put onto a road”, he said.

On the purpose of the Retreat for Directors, Heads of Departments and Agencies which focussed on “Teamwork for Optimal Productivity”, the Minister said it was for team building for service delivery adding, “A good team where members know their strength and weaknesses, know their strong points and their common purpose is likely to deliver more results in quicker time and more effectively”. 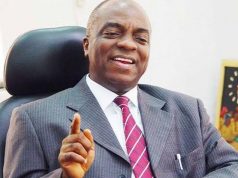 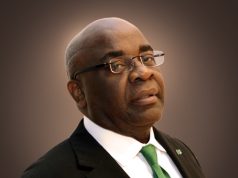 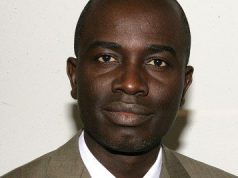 Brief Remarks By IGP Mohammed A. Adamu, NPM, MNI At The Decoration Ceremony Of...

Opinion (21/9/17): The journalist as endangered specie, By Ayo Oyoze Baje