The Ogun State Governor, Senator Ibikunle Amosun has unfolded his government’s 2017-2030 Sustainable Development Plan, towards accelerated development of the state.
Speaking at a Budget Town Hall meeting, in preparation for the state’s 2018 budget, Amosun disclosed that the plan will focus on the areas that have not received much attention from his administration, after a thorough review of his government’s activities in the past years.
He highlighted increased agricultural production and industrialisation, economy diversification to reduce dependency on oil revenues as well as the creation of much needed jobs for the people, as the central elements of the plan.

The governor assured that youth empowerment, through modern technical and vocational capacity-building and the strengthening governments ability will also be focused on.
Amosun, who said the meeting has always been an avenue to synergise and come up with good budget, while answering questions from stakeholders, reinstated his administration’s commitment to complete all ongoing projects before the end of his tenure.
Earlier in her welcome address, the Commissioner for Budget and Planning, Ms. Adenrele Adesina said the meeting was an avenue to share opinions, aspirations and collect responses as well as sensitise the people on government’s plans and priorities for the 2018. 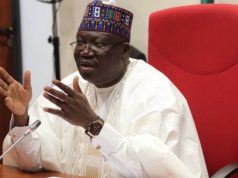 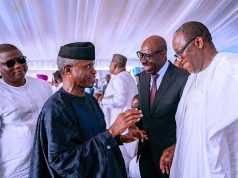 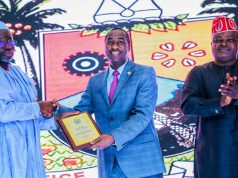 Oby Ezekwesili: No Amount Of Lies Can Stop Us