The Kwara State Governor, Alhaji Abdulfatah Ahmed has emerged the LEAD Project Africa ‘Man of the Year’ for 2017.
Governor Ahmed beat Alhaji Aliko Dangote, Governor Willie Obiano of Anambra State and Akinwumi Ambode of Lagos State to emerge winner in the category at the 9th edition of the annual award and lecture series
The State Commissioner for Information and Communication, Alhaji Mahmud Ajeigbe received the award on behalf of the Governor at the awards ceremony held at the Oriental Hotel, Lagos on Friday night.
LEAD Man of The Year is the highest category of award in the LEAD Project Africa which honors a trailblazing personality that has made the greatest impact to people through leadership excellence, enterprise initiatives, employment creations leading to advancement of industry and the development of Africa economy, according to the organisers.
Among the members of the panel of judges and advisory board of the award are Dr. Christopher Kolade (CON), former Nigerian High Commissioner to the U.K; Prof Tunde Samuel, World Bank Consultant on Development; Prof Oladapo Afolabi, Former Head of Service of Federation, and Oby Ezekwesili, former Minister of Education and Director of World Bank.
Others are Dr. Frank S. Udemba Jacobs (MON) – MAN, President; Mr Kyari Abba Bukar, Chairman, Nigeria Economic Summit Group; Prof Abigail Ogwuezzy, Unilag’s First Female Professor of Mass Communication; Alhaji G.B. Kankanrufi, DG Advertising Practitioners Council of Nigeria (APCON) and Prof. Ralph Akinfeleye, DG, Unilag FM.
The organisers stated that Governor Ahmed was shortlisted for the award based on his Agricultural initiatives and Internally Generated Revenue (IGR) reforms of his administration, which have contributed to the development of Kwara State.
“For your agricultural initiatives which established KAMP in Partnership with Cornell University, New York, University of Ilorin and Kwara State University to create an Agro-driven Economy for Kwara State to develop an Agricultural value chain.
“The Loan facility provided to famers and your empowerment program in the state also created wealth and increased the output of farmers within the state. Your IGR reforms has also positioned the state for greater wealth creation through provision of infrastructure to the people.”
In his reaction, Governor Ahmed appreciated the award organisers and committed to work harder to make Kwara State better.
He said that the award is a recognition of his administration’s efforts to transform the State and will serve as a catalyst for better performance and delivery of good governance in the State.
Alhaji Ahmed noted that in the face of the dwindling national economy, the IGR reform of his administration has enabled the State government to meet its obligations through provision of infrastructural facilities and regular payment of workers’ salaries
He added that the Offtakers Demand Driven Agriculture (ODDA) scheme was geared towards creating a new generation of youth farmers through its innovative approach to farming that ensures farmers get necessary assistance and have ready markets for their produce, thereby eliminating cost of storage and foiling post-harvest losses. 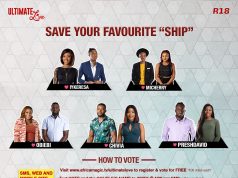 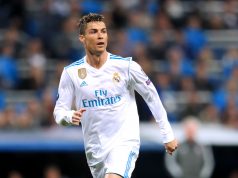