He made the charge while receiving Executive Members of the State House Press Corp (SHPC), in his Oke-Mosan, Abeokuta, office yesterday.
He said journalists should be alive to their responsibility, by ensuring a united and peaceful nation, which he said, are needed for a successful and rancour free polls.
Emphasising a responsible and ethical management of information, the governor said the theme of the symposium, being organised by the corp in the state, “The Role of the Media in Peace Building: 2019 Election in Perspective”, is apt, adding that a responsive media is critical to the 2019 elections.
The governor, who commended SHPC for their role in the success of the President Mohammadu Buhari administration, called for their continued support, urging them to be objective in their news report as well as in the analysis of government policies and programmes.
Earlier, the Chairman of SHPC, Mr. Ubale Musa, said the choice of Abeokuta for the symposium, was due to the level of infrastructural development witnessed in the state in the last seven years.
Also, the Vice Chairman, Mr. Ikharo Attah described the state government as an epitome of good governance and massive transformation, revealing that members of the corp are happy with the adminstration’s giant strides. 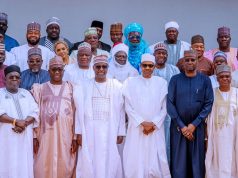 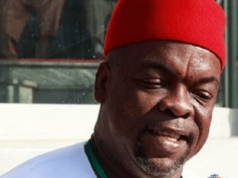 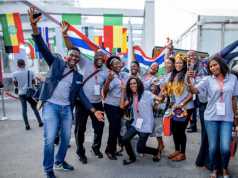 MOTIVATIONAL: THE TURNING POINT FOR SUCCESS! – BY PASTOR SAM ADEYEMI OF DAYSTAR CHRISTIAN...

WHY I BOUGHT A HELIPAD FOR LAGOS – AMBODE