The sad and unfortunate killings in Plateau State over the weekend have been turned to opportunity to once again play irresponsible politics, particularly by the Peoples Democratic Party (PDP), which says it is declaring seven days of mourning.

These are dolorous times that call for deep introspection on how cheap human lives have become, and the proffering of actionable ideas on how to get out of the bind. But the PDP would rather dance on the graves of the dead, playing cheap, infantile politics.

The comatose and prostrate party is declaring seven days of mourning, during which flags in its offices would be flown at half mast nationwide. But unknown to the party, those flags had been forcefully lowered since its 2015 loss at the polls, and may remain so for a long time to come, because Nigerians are politically discerning, and cannot be hoodwinked by cheap antics.

A quick checklist of some savage and brutal killings in Nigeria during PDP rule, between 1999 and 2015, for which no national mourning was declared:

– Between February and May, 2000, about 5,000 people were killed during riots over Sharia law in different parts of the North. No national mourning.

– In 2001, hundreds of people, including the old, infirm, women and children were killed in Zaki Biam. No crocodile tears.

– In February, 2004, at least 975 people were killed in Yelwa-Shendam, Plateau State. No mourning by the then ruling PDP.

– In 2014 alone, according to Global Terrorism Index, at least 1,229 people were killed in the Middle Belt. No mourning.

– Boko Haram killings in PDP years were over 10,000. PDP flags were still fluttering proudly in the sky.

Those who take pleasure in twisting statements from the Presidency may claim we are saying that many more people were killed under PDP than under President Muhammadu Buhari. It would be unconscionable to do so. The intendment of this statement is to show that wanton killings had been with us for awhile; this government is working towards enduring solutions; and should be given the opportunity to do so.

Even a single soul is precious, and no man should take a life, which he cannot create. But when tragic situations as had happened in Plateau State occur, such should never be used to play crude politics. Those who are wont to do so should have change of hearts, or lose their very humanity. 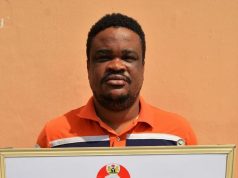 WHY SOME PASTORS FAIL IN MARRIAGE – Pastor Wole Oladiyun (Part 2)