MTV today announced nominations across all gender neutral categories for the 2018 VMAs. The list includes dozens of artists whose reach and influence have elevated music’s relevancy within the cultural conversation.  The VMAs will air live from Radio City Music Hall on Tuesday, 21 August at 03:00 CAT / 02:00 WAT on MTV (DStv channel 130), and across MTV’s global network of channels in more than 180 countries and territories, reaching more than half a billion households around the world.

“It has already been a monumental year in music, and this year’s ‘VMAs’ will take things to a whole new level,” said Bruce Gillmer, Head of Music and Music Talent, Global Entertainment Group, Viacom. “The extraordinary group of nominees have amazed us with their talent and inspired us with their creativity – and when you get them together for one night, anything is possible.”

MTV’s collaboration with Instagram to reveal the nominees on IGTV with an all-star group of creators is the first time an awards show has used the new platform in this capacity. With a combined reach of more than 23 million followers on Instagram alone. From live parrots to gospel choirs, workout videos to bathtubs filled with rubber duckies, each of the creators was tasked with revealing a category and its nominees in eccentric vignettes that emphasize that everything might happen at the “VMAs.”

Beginning today, fans can vote for their favorites across eight VMA categories, including “Video of the Year,” “Artist of the Year,” “Best Collaboration” and more by visiting vma.mtv.com until Friday, August 10.Voting for the “Best New Artist” award, presented by Taco Bell®, will remain active until the VMA broadcast.

VIDEO OF THE YEAR

ARTIST OF THE YEAR

SONG OF THE YEAR 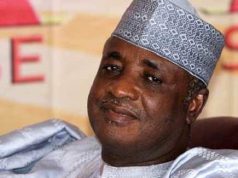 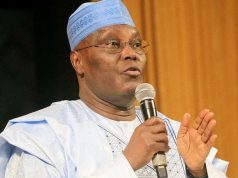 Opinion (7/4/2020): What Africa Must Do To Mitigate The Damaging Effects Of Coronavirus – By Atiku Abubakar

This Guy Spent Only N10k And Became A Millionaire