It’s a popular belief, especially among Africans that friendships should be based on mutual love and respect, as well as desire to see the other person do well in life.

That theme was made manifest at the recently held media launch of 33 Export Lager’s event City of Friends where a number of Nigeria celebs revealed certain milestones they achieved courtesy of one friend that helped them get there.

Alterplate Records owner and performing artiste Harrysong recently disclosed who the one friend he has is. The 37 year old musician (whose real name is Harrison Tare Okiri) chose his childhood friend, Design with whom he grew up in the streets of Warri, Delta State.

Harrysong was speaking at the launch event of 33’s City of Friends in Lagos. Harrysong was one of the A-list entertainers that came to kick things off.
“Design is my childhood friend and we’ve been together…we always come through for each other”, he said.
Friendship has always been a core of Harrysong’s artistry, having had a long professional and personal relationship with KCee for many years, a quality that not many entertainers have.

Whilst comedian Bash declared that he had a lot of friends, he pointed out a particular one by the name of “Shakur” whom he revealed to be the driving force behind his tertiary education. “He was the friend that took me to The Polytechnic Ibadan- my first tertiary institution, and then paid for my school fees’.

On his part, Mavin disc jockey DJ Big N identified his label exec Don Jazzy and Dr Sid (who is also signed to Mavin Records) as his two closest friends. He credits Dr Sid for bringing him to the record label in the first place where his talent was given a platform to shine. He also mentioned Don Jazzy was revealed to be the individual who helped him get a car. “Don Jazzy literally gave me half of the money for my car!”

Another inspiring story was MC Shakara who retold the story of renting his first apartment and the support he got from his friend Emeka Smith. “It was a one-room apartment but nevertheless it was still a house. We saved up together to raise the funds. It took a long time to complete it but eventually we did… that’s a friend!

The City of Friends is an initiative of 33” Export Lager Beer as part of the activities marking the International Friendship Day. The campaign was set up to connect and share value among friends; which is a core characteristic of 33 Export Lager.

The City of Friends parties in Calabar will hold July 28th – 29th (at Municipal Gardens) and August 3rd – 4th in Lagos (Eagles’ Club, Surulere) and will feature the musical performances by 9ice, Harrysong, Simi, Kizz Daniel and Alabi Pasuma amongst other fan favourites. Veteran comedian Gordons is also billed to perform alongside Nigeria’s top DJ’s who will be providing the tunes to keep fans on their feet. 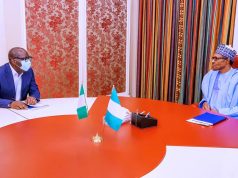 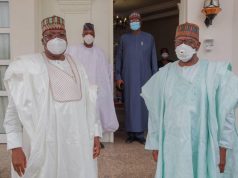 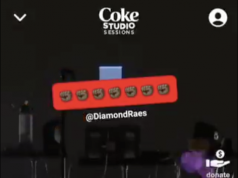