DStv is at the forefront of delivering original local stories, using the most talented performers on the continent.  At the core of its existence, the brand promises to tell African stories in a way that Africans can relate to.

It is with this commitment that DStv continues to deliver the best television content that entertains viewers from all walks of life. The new DStv brand campaign was created to reiterate the spectrum of content while highlighting the various genres, captivating storylines and incredible African talent.

“It is important for viewers to be excited by the fresh content produced on DStv, brand campaigns such as this one help customers not only connect with the DStv brand but also get excited about what is still to come,” says the GM Sales and Marketing MultiChoice Nigeria, Martin Mabutho.

This campaign explores different stories told by different people in the desire to foster a connection, while invoking key conversations amongst customers, in this brand advert DStv showcases different genres and celebrates authentic storytelling by using some popular faces.

This DStv brand advertisement boasts an array of talent from across the continent. The popular 2018 BBNaija -Double Wahala reality show, ex-housemate Tobi Bakre stars, together with the accomplished writer, actor, producer and presenter Ireti Doyle winner of Best Actress in a lead role at the 2014 Nollywood Movie Awards for her portrayal of Ovo in the thriller Torn. Do not miss this seasoned actress on the popular Africa Magic series Tinsel on Africa Magic Showcase weekdays at 7:30pm WAT.

From Maisha Magic’s Selina is the jack of all trades Pascalino Lpesinoi, a musician, actor, comedian and songwriter. Catch him playing the role of Nelson on channel 158 on DStv.

Also amongst the talent is Tinsel’s Linda Ejiofor a Nigerian actress and model best known for her role as Bimpe Adekoya in DStv’s popular TV seriesTinsel. Linda was also listed as one of the 10 fastest rising Nollywood stars of 2013. Zambezi Magic’s Mwaka Mugala who stars in Zambia’s first-ever telenovela, Zuba was also amongst the talent, watch her on Zambezi Magic where she portrays Zuba back on your screens this October 2018.

Evelyn D’Souza lead actress and executive producer on Varshita! also appears in the campaign. Catch her in action on Maisha Magic East every Saturday at 6:30pm WAT. Last but, not least is the well-known Riyama Ally Selemani, award-winning Tanzanian actress and film producer known for her role on Huba, catch it on Maisha Magic Bongo.

This stellar crew worked together in creating the new brand campaign sure to enticing viewers of the content explosion available on DStv.

Our stories told by our people, DStv showcases amazing talent and exceptional stories that will keep viewers glued to their screens.  For all the behind the scenes content and updates follow the #iamDStv or visit www.dstv.com 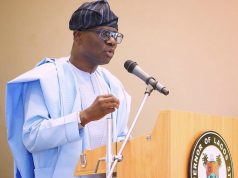 Senate President Salutes Gowon At 85, Describes Him As A Unique Hero