The top-of-the-table clash between Liverpool and Manchester City at Anfield on Sunday 7 October headlines the eight round of matches in the 2018/19 Premier League.

Liverpool, who are set to feature Mohamed Salah and Sadio Mane in attack (as well as Naby Keita and Joel Matip as options for midfield and defence respectively), lost their 100 percent record and top spot this past weekend when they were held 1-1 away to Chelsea.

Jurgen Klopp’s side will be looking to make a major statement of intent with their clash at home to the title holders, who may well feature Algerian star Riyad Mahrez in attack if manager Pep Guardiola opts to shuffle his pack after their midweek UEFA Champions League exertions.

The match at Anfield is widely regarded as a title race ‘six pointer’ and sees the latest chapter of a rivalry which is growing in stature and importance. Last season City thrashed Liverpool 5-0 in the first half of the campaign, before the return game saw the Reds triumph 4-3 and become the first team to defeat the Citizens in the league in 2017/18.

The round opens on Friday night with Yves Bissouma and Gaetan Bong’s Brighton & Hove Albion looking to break a six-match winless streak across all competitions when they host Arthur Masuaku’s West Ham United, who are fresh from their impressive 3-1 win over Manchester United.

The Red Devils will face a fellow in-crisis-mode team when they welcome Newcastle United (who can call on Mohamed Diame and Christian Atsu) to Old Trafford in the late kick-off on Saturday. Earlier in the day, the best head-to-head African battle is likely to take place at the King Power Stadium, where Wilfred Ndidi and Idrissa Gueye will face off in the Leicester City v Everton match.

Other Africans to watch out for on Saturday include Wilfried Zaha for Crystal Palace at home to Wolverhampton Wanderers, Isaac Success for Watford at home to Bournemouth, and the African defensive duo of Bruno Ecuele and Sol Bamba will try to keep Harry Kane under wraps when Cardiff City travel to London to face Tottenham Hotspur.

Sunday, aside from the marquee clash between ‘Pool and City, also sees Jean Michael Seri’s Fulham host Pierre-Emerick Aubameyang and Arsenal for a London derby at Craven Cottage, while Mario Lemina’s Southampton will hope to upset Chelsea at St Mary’s Stadium. 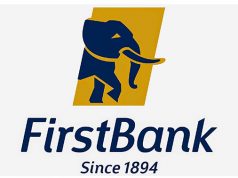 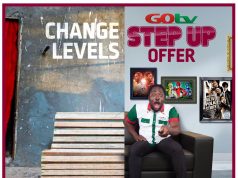 GOtv Step Up is Back! Watch LIVE Matches And Other Exciting Shows This Week 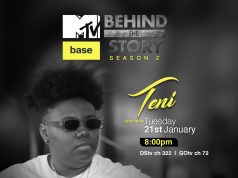 2Baba, Teni, Others To Feature In the Second Season Of MTV Base Behind The Story

FirstBank Enhances The Educational Sector, Supports Schools With Over 10 Billion...

GOtv Step Up is Back! Watch LIVE Matches And Other Exciting...

2Baba, Teni, Others To Feature In the Second Season Of MTV...