The governorship candidate of the Action Democratic Party, ADP in Lagos State, Mr. Babatunde Olalere Gbadamosi has described himself as a candidate of choice in the forth-coming general elections. The candidate who comes from the famous Gbadamosi family in Ikorodu said that he represents hope and the yearnings and aspirations of a new generation of Lagosians feel betrayed and excluded. He made the remarks after a stakeholders meeting with members of his party recently in Lagos.

The governorship candidate also promised to turn around the fortunes of Lagos with his skills, dedication to the common good and patriotism, ideals that are evidently in short supply in the state.

“A win for me is a win for Lagosians. It would connote economic, political and social freedom and for the first time in 20 years, Lagosians will actually be able to explore all possibilities and enjoy their own resources and the right of a purposeful leadership”, he said.

However, he called on young people across Lagos to rise up and reclaim their state, warning against the dire consequences of indifference and inertia, though he appreciates the work ahead. According to him, “I know it is going to be a long, hard battle, to get the youths (70 per cent of the electorates) to forgo those distractions and compulsion. But positive engagement with young people from all walks of life is something we have always done, whether through direct employment, mentorship or motivation. We intend to continue with these, whilst also mobilizing grassroot support for a final departure from the port of misery and poverty that Lagos State is in at the moment”.

He lamented the uncertainties that now pervade almost every sphere of life in a frontline state like Lagos where he insists, there should not be excuses for failure because of the state’s great potentials and huge tax revenue. “The parlous state of affairs in Lagos means we need a broad and holistic approach to our plan to fix Lagos. The Gbadamosi Plan, as we call it, is people-centered, with its focus on making the people, at individual level, prosper, simply by ensuring that people have more disposable income at the end of the month. We plan to achieve this through a variety of means, the first being practical steps to reduce the cost of living in Lagos across board, whilst at the same time, opening up new fronts for economic growth and development. Our strategy cuts across, from power to water to transportation, housing, public hygiene, communications, health care, education, and growing our natural areas of strength like tourism, agriculture, financial services, trade, industry and entertainment” he said.

Gbadamosi who has promised to bring transparency and open-door policy to government is bringing good education, respectable family name, age, sophistication, unblemished record, preparation and the will to serve to the governorship contest. 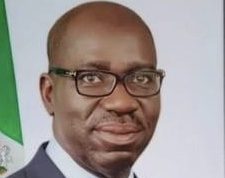 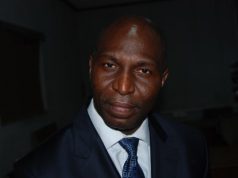 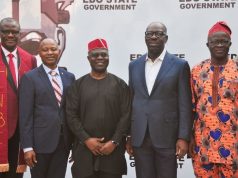 I HAVE NO HAND IN YOUR WAHALA, ARISEKOLA TELLS SARAKI