Kwara! Kwara!! Kwara!!! It has been one wonderful week just because of you. Where do we start? Top, bottom or middle? This week has been something else! Okay, we shall start at the very beginning…

So, University of Ilorin and the Kwara State Polytechnic have been calling the MTN Pulse Invasion the real G.O.A.T (Genius Of All Time) and we understand why. The Invasion was a thorough blast, and that is putting it a bit mildly. The fun we had didn’t have a pause, stop or rewind button. It was five days of thrill and we loved every fun-tinged, excitement-coated second of it!

The usual fun and games for the first three days had us in laughter and in good spirits. It was the perfect break after lectures and it left us ready for the evening. From Wednesday, things took on another life of its own. We never ‘hespered’ it o.

On Wednesday evening, superstar, Falz (Folarin Falana) surprised the students, as he appeared to thrill the people of Kwara with wonderful music. The place was filled with screaming and excited students who needed to catch a glimpse of the President of the Sweet Boys Association.

The moment Falz took over the microphone, everything changed. Everyone fell under what we will call ‘Z FalzSpelz” as everyone wanted a piece of him! Then, the calling and grabbing went up several notches when he gifted a young woman in the audience his jacket. The audience went wild! They went full on wild with no reservations! It was a sight to experience! They wanted more falz and they wanted it right then.

By the next day, the students had gotten a taste and weren’t backing down. The Performing Arts Theatre, UNILORIN, was packed long before the Series began. We mean, standing space only o! They had come to learn how to perfect their side hustle and by the time Kunle Afolayan, star Filmmaker and Actor; and Busola Dakolo, professional photographer, were done with them the hustle was well on its way to perfection!

There was so much to learn from both of them, especially on life, how to build entrepreneurial skills and business. The standing ovation that greeted them when the event was done was more than well deserved.

Then the finale – the Pulse District with its noiseless parties, gaming zones et al, was the final straw! How does one have so much fun in just five days pere! Well, in case you were wondering, we had all the fun and it was glorious!

So yup, the G.O.A.T title is well deserved. 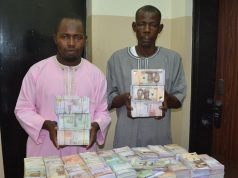 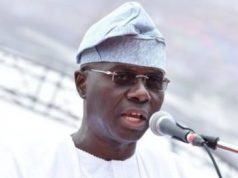 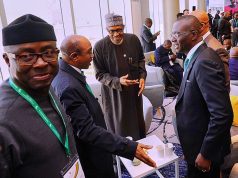