She started out as a model. But along the way, acting took over and eclipsed that other side of her. Currently one of Nigeria’s leading actresses, with dozens of quality role interpretations under her belt, Kate Offiong Henshaw, has indeed come to stay. Both in our minds and on our screens.

Born on July 19, 1971, the ebony beauty is a native of Henshaw Town in Cross River State. The oldest of her parents’ four children, she studied Microbiology at the Lagos State University Teaching Hospital (LUTH) before ‘abandoning’ medical laboratories for movie locations.

A one-time Face of Onga, a food seasoning from the stable of Promasidor, her acting career blossomed in 1993 after her superlative and spectacular performance in When The Sun Sets.

Equally a multiple award winning actress, her THEMA and AMAA awards really, really confirm her pride of place in her sector.

At the Genesis Deluxe Cinemas, inside The Palms Mall, in Lekki, Lagos, on Easter Sunday (April 28, 2019), YES INTERNATIONAL! Magazine Publisher/Editor-in-Chief, AZUH ARINZE, bumped into her at the premiere of Chico and Joy Ejiro’s latest movie, Night Bus To Lagos, and she consented to this chat… What makes a good actor?

Hmmm! Your ability to interpret your role, leaving yourself behind, because it’s not really about you, it’s about the character that you are playing in the movie. Your chemistry with the other actors on set, and also giving the director what he wants. I mean, he’s the ultimate one who decides how your character should come across because he has the vision for it.

What’s your personal definition of acting?

What do you like most about being an actress?

What do I like most? For me, it’s about the reactions of people when they see my work and when they compliment me; some even say how it has helped them, especially the character I’ve played in the movie. Other young people who aspire to become actors, because they now see it as a very noble profession, as opposed to many years back, is also good. Good vibes, good response from the fans and the people out there. They are the ones that actually give you the accolades. What is the nicest thing that acting has done for you?

It’s opened doors; it’s opened doors for me. Places that you would just go and maybe you would have to wait, people shout oh, this person, that person, ah, Kate Henshaw! You meet people that you only see on TV and they come to respect you. People want to do stuff for you. That’s a very good sign; people want to go out of their way to show you appreciation.

What has acting not done for you?

There’s nothing it hasn’t done for me. What got you interested in acting in the first place?

I was just being inquisitive.

Of all the roles you have played, which is the most memorable and why?

I will say maybe the latest movie – 4th Republic, where I played the lead character, Mabel King, who was aspiring for governorship.

What is the costliest mistake that any actor can make?

Putting your life out there for people, especially in the social media. People put a lot of personal stuff out there and they don’t know that the internet never forgets. Never! I’m sorry, but this is my personal opinion. Maybe your children; you put your children, you put your family out there for people who don’t know you to take a look at; to have a look into your life. No! Some things are private, some things are public. Your work is public, your life is private.

What is your general assessment of Nollywood? So, of all your films that you’ve watched, which one has excited you the most?

Oh, they are too many. You can’t ask me to choose one, it’s not fair. I’ve been in this industry for a quarter of a century, I can’t pick one. I can’t…I mean, there are movies from back then that I did – Closed Chapter, Consequences, When The Sun Sets, Yet Another Day; they are so many. So, so many. Stronger Than Pain that won me an AMAA award. Those are movies I did back then and of course, recently, 4th Republic, Chief Daddy; I love Chief Daddy, it’s very funny…

So, of all these movies, which one will you say opened the door for you?

When The Sun Sets. 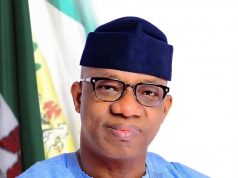 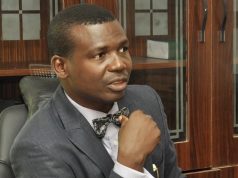 Adebanjo To FG: You Can’t Declare ‘Amotekun’ Illegal…There Are Similar Outfits In The North

FACES AT THE FIRST AFRIMA AWARDS