The Chairman of fully-integrated telecommunications solutions provider, Globacom, Dr. Mike Adenuga Jr., says that putting in place proper political structures at the local government level will quicken the pace of development in the country.

He stated this in a goodwill message to the 3rd Annual Oba Adetona Professorial Chair Lecture of the Olabisi Onabanjo University, Ago Iwoye.

Dr. Adenuga posited that the local government was critical to nation building, noting that if the values of honesty, hard work, accountability and good character were imbibed at the grassroots, it would be easier to achieve good governance at the state and federal levels.

He said this was why Globacom identified with the theme of the Lecture “Grassroots Governance, the soft underbelly of Nigeria’s political architecture”, adding that “if we get it right at the local government level, we will get it right at the top as all politics is local”.

Globacom sponsored the lecture which was held in Ijebu Ode on Friday, May 10, 2019, to celebrate the 85th birthday of the Paramount Ruler of Ijebu land, Oba Sikiru Kayode Adetona.

Dr. Adenuga, who last year donated N20 million in support of the Professorial Chair, said it had served as a forum to generate seminal ideas for the enthronement of good governance in the country. He commended Oba Adetona for donating the Chair at the Olabisi Onabanjo University.

In his own speech at the event, Oba Adetona expressed gratitude to Globacom and the people of Ijebuland for their unparalleled support for him over the years, adding that it had led to great development and progress in his kingdom.

The current occupier of the Chair who also delivered the lecture, Professor Ayo Olukotun, said that local governments in the country had failed and should be replaced because of the yawning gaps in development.

Also speaking at the Lecture, the Chairman, Board of Trustees of the Professorial Chair, Mr. Olatunji Ayanlaja, announced that Oba Adetona had created a N1 Billion Trust Fund of his personal money for the maintenance of the Awujale’s Palace. He added that the official residence and the office of the Chair at the Olabisi Onabanjo University would be ready for commissioning in three months 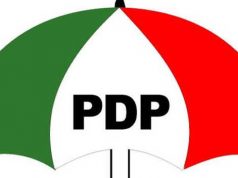 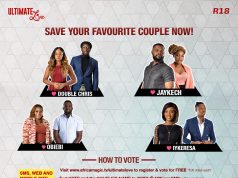