A marriage of comedy and football is what the Nigerian Television Authority (NTA) and its Official Marketing Agency, HotSports Media Group will be presenting to viewers of the forthcoming Africa Cup of Nations starting in Egypt on June 21. The tournament will end on July 19.

Analysis of the matches on the terrestrial channels of the NTA, Africa’s largest television network, will laced with humour with comedy legend Atunyota Akpobome (well known as Alibaba), leading a corps of A-list comedians to give the fans memorable treats.

Alibaba recently visited the headquarters of HS Media Group in Lagos where the Group’s President and Chief Executive Officer, Taye Ige announced the marriage of football and comedy which driven towards treating the fans and broadcast sponsors to a very pleasurable and rewarding tournament.

“We want to achieve a significant milestone in football broadcasting by bringing sports and entertainment together in the terrestrial live studios of AFCON 2019. We want to produce a memorable event that will remain in the minds of football loving Nigerians for many years to come,” Ige assured.

Alibaba, who is undoubtedly No 1 in the Nigerian comedy space, said that he is glad to be part of the AFCON 2019 live studios innovation as he strongly believes that the combination of sports and comedy have the strong potential to attract Nigerian fans to their first love – football.

He explained the rationale for the unique offering: “There is going to be a synchronisation of comedy and sports to achieve entertainment and push the envelope of pleasure for viewers. Across the world, there is a convergence of entertainment. There is hardly a sporting event that doesn’t open with fanfare. You have a big star entertaining. Football has also taken on that dynamics.

“If you listen to commentators, the humour with which they explain the activities on the field makes you want to listen to every word or watch every second of the game. When you’re watching a game, if the volume is down you don’t enjoy it. If you’re English-speaking and the commentary is in French, for instance, you’ll like to know how the commentator describes that action. Listen to the old tapes of Ernest Okonkwo, you’ll hear him describe certain actions on the field as ‘ballistic missiles’ etc. He also nicknamed some players like Mathematical, Blockbuster, Chief Justice and so on. Many fans still remember these humour elements years after they have forgotten the matches themselves.”

A football enthusiast, Alibaba described the beautiful game as one of those activities that unify Nigerians irrespective of their ethnic, tribal or religious differences. “It is one thing that has brought us together. People are now beginning to realise that once audio goes, and they can’t hear what the commentator says, they need an explanation. Therefore, during match analysis, the humour has to be brought on. Humour can also help a loser to bear some of the pains. When you look forward to a football analysis and you hear that comedians will to be part of it, trust me, it will be a memorable event,” he emphasised.

The Super Eagles, who will feature at Egypt 2019 in Group B, will open their campaign to win the title for the fourth time on June 22 against Burundi. Other teams in the group are Guinea and Madagascar.

Founded in 1996, HotSports has exciting and authoritative sports broadcasting packages that offer brand owners a vehicle to the widest sports loving audience in Nigeria.

It is the Official Media Partner as well as marketing consultants to the Nigeria Football Federation and has become reputable as a go-getting company committed to adding value to clients’ sponsorship investments.

It has provided activations for leading brands around major continental and global sports events. 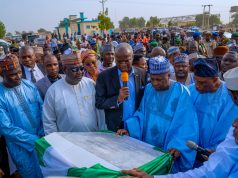 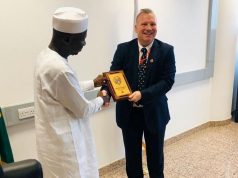 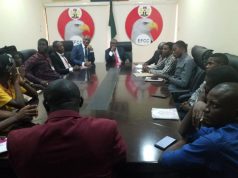