Senate President, Ahmed Lawan, has alleged that some APC members are hatching a plot to suspend him for rooting for a power shift to the South-West in 2023. A move, he said, would be the best honour that could be done to the late Chief MKO Abiola, adjudged to have won the June 12, 1993 presidential election on the the ticket of SDP.

Continuing, he said, “The president and indeed our party must beware of divisive elements who are now proponents of retaining power in the north beyond 2023.”

Adding that, “I have said it before and I believe that 2023 presidential ticket of the APC must go to the South-west. Since I made this comment last time, some members of my party have been hatching a plot to suspend me from the party, but I am not moved and I will still hold my ground that power must go to the west.

“June 12 Democracy Day is a milestone in Nigeria’s history and anyone who embraces democracy in Nigeria should be proud of what Buhari has done and it takes so much courage to do.

“So many Nigerian leaders have shied away from talking or acting about it because of the controversy arising from the date and fear of being scandalized, but this is what Nigerians want, respect, rule of law and honour for those who fought and bled for democracy and that is what Nigerians should remember as significant for this date.

“It was not marked to spite or contradict anyone but to celebrate the common value we share in the belief in democracy as the best form of government that would serve this country and its people. And Buhari must be praised for this day,” he reportedly told Sahara Reporters.

“I don’t think Nigerians rejected it in any way, on the contrary, it has been welcomed with huge applause across party and regional divides.” He ended on Buhari’s new choice of June 12 as our Democracy Day. 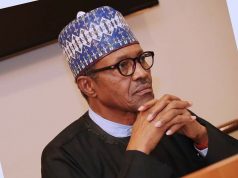