The rising incidence of insecurity in Nigeria wednesday came again to the fore with a call by the National Chairman of the All Progressives Congress (APC), Adams Oshiomhole, on the federal government to rejig the country’s security architecture.

He believed doing so would strengthen the security agencies to stem the spike in cases of killings, kidnapping and banditry in major parts of the country.

Oshiomhole spoke in Abuja at the opening of the presidential policy dialogue session; the occasion where President Muhammadu Buhari stressed the commitment of his administration to create jobs, attract investors and make life better for the people.

Afenifere, the pan-Yoruba socio-political organisation, which also expressed concerns about the insecurity in the country, blamed the federal government’s tardiness in dealing with the situation for the wave of killings and kidnappings in the South-west.

The group, therefore directed all herdsmen, suspected to be behind the rising wave of killings and kidnappings in the South-west to quit the six states of Ekiti, Lagos, Ogun, Oyo, Osun and Ondo in the geopolitical zone or risk confrontation.
In addition to calling for the overhauling of the nation’s security architecture, Oshiomhole also backed the ongoing campaign for the establishment of community policing. He, however, added that modalities for community policing must be well spelt out.

Oshiomhole’s call for the reorganisation of the security architecture of the country seemed to lend credence to various calls in recent times on the president to change the service chiefs who have been in office in the past four years and are not perceived to have shown enough capacity to stem the tide of insecurity confronting the country.

However, the president has at different times defended his action, saying changing heads of security agencies during the time of emergency may not be healthy for the nation.

Oshiomhole said government policies must be evolved in a way that they would directly impact on ordinary citizens.
“We need to implement anti-corruption strategy in a comprehensive manner that would evolve the system, society. There is also the need to rejig the security apparatus and operational use of community policing, which is already being discussed. But I think we need to go into the specific on the issue of ‘how’ because every minute, every second, time is going.

“As a party founded on the philosophy of social democracy, we need to expand programmes that touch the lives of people such as the social housing, social investment programme, access to public healthcare, access to public education and support to small scale industries,” he stated.

Oshiomhole also called for what he described as radical reduction of 70 per cent allocation in the nation’s annual budgets for recurrent expenditure as against only 30 per cent of the estimates being allocated for capital expenditure.
According to him, budgetary allocations to four critical areas, which affect the lives of citizens must be increased. He listed the four areas as the health sector, education, agriculture and infrastructure.

He said: “We need to radically change the budget contents. We need to do everything possible to reduce the recurrent expenditure from the current 70 per cent and increase the budgetary allocation to the four sectors that are part of the life of citizens, namely: the health sector, education, agriculture, infrastructure. The more money that we spend on recurrent (expenditure), the less that is available for these critical areas.

“It is not acceptable that we spend 80 per cent on recurrent and we have some of our children in some states being taught under the tree even during this raining season. There is need for radical decisions to change this so that those millions of poor people who we saw across the states who fanatically believe in the person of our president and through the president, connect with our party, we must put appropriate policies in place to ensure that at the end of the day, we can measure how all of the things we have done or we are going to do at the end of the four years have impact on their quality of lives.”

He also called for meaningful use of the pension fund, saying that workers who contribute to the scheme need to enjoy certain social assets such as housing so they can have homes to live in when they retire.

The presidential policy dialogue session was organised with the objective of evolving policies aimed at fostering economic growth and consolidating on the achievements of the first term of Buhari’s administration.

While declaring the event open, Buhari said whereas his administration came up in 2015 at a period of economic recession following the fall in global prices of oil, there has been notable economic progress since then through various monetary and fiscal measures put in place.

According to him, not only has inflation been put under control, external reserves have also increased and food security has been enhanced through policies on agriculture.

Against this background, he said the convocation of the presidential dialogue session was designed to consolidate on these achievements.

The president also said his administration would continue to provide incentives aimed at attracting investments and creating jobs.

He described the session as a convergence of various stakeholders cutting across the private sector, developmental partners and industry experts meant to deliberate on the way forward for the country. 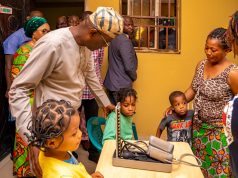 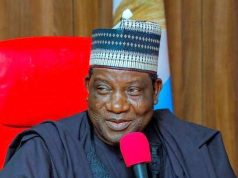 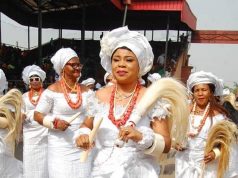