The Minister of Works and Housing, Mr. Babatunde Fashola SAN, has again disclaimed as fake a Facebook account set up in his name alongside his picture warning members of the public against being deceived by dupes and scammers.

Fashola, who on several occasions in the past disclaimed such fake accounts, reiterated that his verified Facebook account remains @BABATUNDEFASHOLA. With several reported and deleted in the past , the latest addition to the several fake accounts set up in the former Lagos State Governor’s name along with his picture reads “FasholaRajiFashola” and the scammers wrote that the Federal Government was giving out the sum of N700,000 to youths and young adults to enable them pay school fees, set up businesses and invest in businesses, among others.

According to a statement signed by his Special Adviser on Communication, Mr. Hakeem Bello, the Minister described as unfortunate the fact that despite repeated warnings and disclaimers, certain unscrupulous elements still engage in the act of defrauding unsuspecting members of the public through different social media platforms falsely linked to him. The call, he said, coming perhaps for the umpteenth time, had become necessary in view of the increasing activities of the scammers .

Advising members of the public to always clarify with the appropriate agencies of government at all levels before engaging in any dealings with people purportedly working for them, the statement urged people to report to the law enforcement agencies so that those involved in the nefarious acts could be brought to justice. 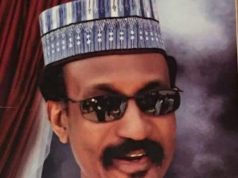 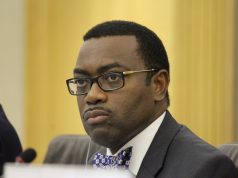 Motivational (25/9/17): It’s your season of fulfillment, by Sam Adeyemi