Do you know that copyright is infringed by any person who without the licence or authorisation of the owner of copyright performs or causes to be performed for the purposes of trade or business or as supporting facility to a trade or business, any work in which copyright subsists?

Please do not think that performance only refers to live performance. Performance does not only refer to live performance but includes the playing of recorded music on the facility. It also includes radio, television and cable broadcasts or computer transmission received on the facility. As long as it can be shown that the reception of such a broadcast or transmission is outside of a private setting, a performance in public will be deemed to have taken place. Indeed, even if the record player, radio or television set or a computer monitor is located in a private residence and the performance is clearly audible or visible in public, copyright infringement may still have occurred!

That certainly was the case in one of the many ground breaking copyright cases won by the Performing Rights Society of England (PRS), the UK version of COSON. In PRS v. Camelo, the defendant’s wife managed a restaurant on the ground floor of a storey building where the family lived. There were three rooms on the ground floor used by the family. The room at the back was the kitchen. The room in the middle served as the family living room. The room in front opened out to the streets and it was in this room that madam’s customers were served their meals.

A radio set in the family living room was so loud that it could be heard clearly in the restaurant. The evidence was that the customers were attracted to the music. The defendant however took the position that the radio was situated in a private residence and the fact that the music was heard in the restaurant area was merely accidental.

Justice Clauson who determined the case took the view that it was irrelevant where the radio set was located, the performance took place wherever the music was audible to a person hearing it as a musical piece. In the words of the judge, “the performance may be in the private living room and extend far beyond the area and on the facts of this case I should say it extends over substantially to the whole restaurant”.

Of course, it was held that the defendant had infringed copyright.

In Nigeria, it is not unusual for a proprietor of a nightclub or business premises to express the view that he is promoting the work when such work is used in his establishment. In other words, the owner of the work should be grateful for the use until a court summons is served on the proprietor of the facility!

The Performing Right Society (PRS) of England in the past did not ask owners of record shops to obtain licences in order to play music over loudspeakers in their shops. In 1976, this policy was changed and the new policy was seriously resisted because the record shop owners took the position that by playing the records in their shops, they were promoting record sales, thereby increasing royalties paid to music composers. Unfortunately for the record shop owners, the English courts did not buy their argument.

In Performing Right Society Ltd v. Harlequin Record Shop Ltd, it was decided that PRS was entitled to an injunction to restrain the record shop owners from playing music over loud speakers because such use constituted copyright infringement.

Please note that where unauthorized copying or reproduction has been proved, a defendant obtains no legal immunity by claiming that he did not know that he was copying the work of the owner of copyright.

In the English case of John Lane, The Bodley Head Ltd v. Associated Newspaper Ltd, a newspaper editor published a short story which he had paid for in the belief that it was an original work. A claim of innocence was rejected by the court, which decided on “the true interpretation of the section”, that copyright had been infringed.

It must however be stated that while infringement may be held against the innocent infringer, he will not be liable for damages if it is proved that he was not aware and had no reasonable ground to suspect that copyright subsisted in the work. He will however account for any profit he has made to the owner, assignee or exclusive licencee as the case may be. This was the decision of the Supreme Court of Nigeria in Plateau Publishing Co. Ltd v. Adophy.

Chief Adophy had taken Plateau Publishing Co. Ltd to court for publishing his literary works titled “After Tarka, what Next?” without authorization. The article was published in the company’s newspaper, The Nigeria Standard, under the name Yima Sen under a different title, “Lessons from Tarkaism- a tribute feature”. Chief Adophy claimed a total of =N=250,000 (Two hundred and fifty thousand Naira) for the infringement.

The Supreme Court consequently made the following decisions which have become important markers on the issue of “innocent infringement”:

1. Where it is admitted or proved that an infringement had taken place, but that at the time of the infringement the defendant was not aware and had no reasonable grounds for suspecting that copyright subsisted in the work, the plaintiff is not entitled to damages, but to account of profit whether any other relief is granted or not.

2. The defense of innocent infringement cannot protect a person who, knowing or suspecting that copyright subsists in a work, makes a mistake as to the owner of the copyright and therefore obtains authorisation from a person who is not the owner.

4. As a general principle, any invasion of a right of property gives the owner of the property a right of action against the person responsible for the invasion of his rights, whether the invasion is intentional or not. Consequently, innocence is no defense to an action for infringement of copyright or for the conversion or detention of an infringing copy or a plate. 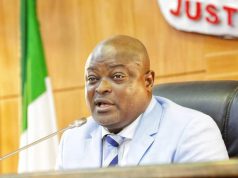 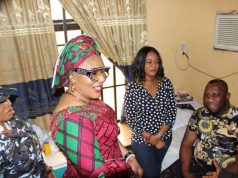 Buratai To Sanwo-Olu: ‘Army Determined To Enhance Security In Lagos’

LABOUR KICKS AGAINST N145 FUEL PRICE, DESCRIBES IT AS HEIGHT OF INSENSITIVITY AND IMPUNITY