The Economic and Financial Crimes Commission, EFCC, Lagos Zonal
office, on Wednesday October 9, 2019, secured the conviction and sentencing of one Ayodeji Samuel Alaja to nine months imprisonment for possession of fraudulent documents before Justice Sherifat Solebo of the Special Offences Court sitting in Ikeja, Lagos. The convict was arraigned today by the EFCC on one-count charge of involvement in internet fraud. The count charge reads: “That you, Ayodeji Samuel Alaja, sometime in 2019 in Lagos, within the jurisdiction of this Honourable Court, knowingly had in your possession documents containing false pretence.”
The convict pleaded guilty to the charge when it was read to him. In view of his guilty plea, the prosecution counsel, Ebareotu Pereagbe, informed the court that the convict had entered into a “plea bargain” with the Commission.

The prosecution counsel, Pereagbe, therefore, reviewed the facts of the case, wherein the convict made a confessional statement to the EFCC after he was arrested on August 27, 2019.
Pereagbe also told the court that a laptop and a phone were recovered from the convict at the point of arrest.

Pereagbe urged the court to adopted the plea bargain agreement to convict and sentence the defendant accordingly.
Alaja’s counsel prayed the court to “temper Justice with mercy” in sentencing him, saying, “My Lord, my client has three kids and a pregnant wife whose wellbeing depends on the convict.

Justice Solebo, after listening to both parties, convicted and sentenced the defendant to nine months imprisonment without an option of fine.
The Judge also ordered that the items recovered from the convict be forfeited to the Federal Government.

In a related development, the EFCC also arraigned another internet fraudster, Faris Oloko, before Justice Sherifat Solebo on one-count charge bordering on possession of fraudulent documents.
The count reads: “That you, Faris Oloko, sometime in 2018 in Lagos within the jurisdiction of this Honourable Court, with intent to defraud, had in your possession fraudulent documents, which you ought to know, having regard to the circumstances of the case that the document contain false pretence.”

The defendant pleaded not guilty to the charge preferred against him.
In view of his plea, the prosecution counsel, Ebareotu Pereagbe asked the court for a trial date and order to remand the defendant in prison custody pending the determination of the case.
The defence counsel, Temitope Azeez, informed the court that the defendant “is willing to enter into a plea bargain with the Commission.”

Azeez, therefore, asked the court for a short date to finalise the process of the agreement.
Justice Soleb adjourned the case to October 25, 2019 to either consider a plea bargain agreement or for commencement of trial.
The Judge also ordered that the defendant be remanded in prison custody. 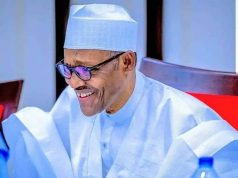