The Edo State Governor, Mr. Godwin Obaseki has inaugurated an eight-man committee headed by the Deputy Governor of the state, Rt. Hon. Comrade Philip Shaibu, to oversee the process of Internally Generated Revenue (IGR) collection in the state.

The governor set a minimum N2bn monthly target for the committee, noting that the target was realistic given the internal analysis of revenue projections in the state.

Speaking while inaugurating the committee, the governor said, “Each of you understands the rudiments of tax collection. This is the last month our revenue should be less than N2 billion; it shouldn’t happen again. From our own internal analysis, we should be at N3bn now, all the indicators are there to prove this.” The governor said an enumeration exercise was conducted with over 30,000 businesses captured in Oredo, Ikpoba-Okha and Egor, noting, “We have technology partners and vendors who have made commitments and investments believing we should have a roll out soon. With this committee in place, the roll out is possible.

“In January 2020, we would not accept any revenue in any month below N2 billion. I need your recommendation on whatever investment to be made as we will source for resources and take advantage of the economic growth we have created in Edo State, knowing that economic activities have increased.”

Obaseki also stated that a lot of investments have been put into revenue collection and administration process in Edo State, adding that the committee would work on getting more citizens to contribute to the efforts of developing the state.

“What we need now is practical action to look at each revenue sub head and series of action and steps as well as resources required to collect the revenue under those sub-heads. Your mission is to review the tax laws and processes.”

He said the Commissioner for Local Government and Community Affairs is part of the committee to ensure a seamless integration between local government and state revenue sources to guide against double and multiple taxation.

The Chairman of the Committee, Comrade Shaibu thanked the governor for the confidence reposed in the members of the committee.
“We feel the pinch when there is shortfall in the finance. We want to assure you that we will deliver as we would supervise the process to attain the target given to us,” he said. 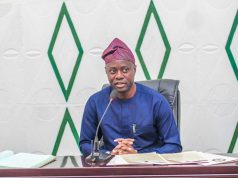 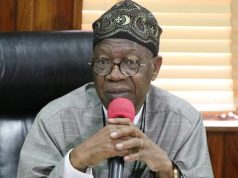 2nd Term: Why We Endorsed Ambode, By 57 Council Chairmen

Anyaoku To Buhari: We Are Seeing An Unprecedented Level Of Insecurity