First Lady of Nigeria, Dr. Mrs. Aisha Buhari has distributed food items to hospital patients in Kaduna state through her pet-project Future Assured. The First Lady’s delegation was on a mercy mission in Kaduna state on Tuesday, 24th December, 2019. The First Lady, in her goodwill message delivered by Mrs. Zainab Ikaz-Kassim, Special Assistant to the President on Domestic Affairs, (Office of the First Lady) said the visit was to show the most vulnerable in the society that the mother of the nation identifies with them in their time of need. Wife of the Governor of Kaduna state, who received the team said she was overwhelmed with the kind of gesture of the First Lady and for choosing Kaduna as one of the beneficiary states for this mercy outreach mission. She was accompanied by the Commissioner of Health Kaduna state; Hajiya Amina Mohammed. The delegation of the First Lady was taken round the four hospitals by the wife of the Governor, Hajiya Aisha Ummi El-rufai.

At Rigasa General Hospital, the delegation was received by the Acting Managing Director, Dr. Sule Mohammed, who took them round the wards where the food items were distributed to the patients. St. Gerard’s hospital was also visited by the delegation and the same gesture was extended to them. The delegation was received by a representative of the Chief Medical Director, Mr. Sunday Ali.

At Barau Dikko Teaching Hospital, the delegation was received by the CMD Professor Musa Tabari. At FOMWAN hospital, the Amira, Aishatu Isiyaka expressed her joy for the love and care the First Lady displayed for the unwell. In the same vein, the First Lady of Nigeria Dr.  Mrs. Aisha Buhari has sent a delegation to Suleja General Hospital in Niger State to distribute provisions and beverages to the sick and less privileged people on Christmas day, 25th December, 2019. The delegation was received by the Chief Medical Director of the hospital Dr. Adedokun Adebayo Adekunle. In her speech, head of the delegation, Mrs. Aisha Bunu said the aim of the visit was to identify with the sick and less privileged and to give them a sense of belonging.

The Chief Medical Director conducted the delegation round the wards in the hospital for the distribution of items to the patients. He expressed gratitude to the First Lady for being there for the patients in their time of need. He said she has proven to Nigerians the true qualities of a mother. According to him this is the first time they received this kind of gesture. 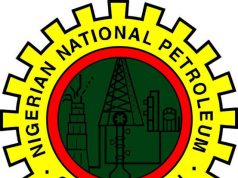 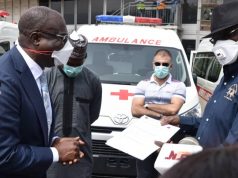