Christmas, according to Pope Francis, is usually a noisy party. “We could use a bit of silence, to hear the voice of love,” he added. I have heeded that admonition these past four days in Ilorin, Kwara State where I am spending Christmas with my family as I do every year. But this particular holiday has been a time of personal reflection and despite the major national political events of recent days, I am resting my column for today. However, a Twitter thread with profound insight has compelled this brief intervention. I find the story instructive as it speaks not only to a season like this but also the culture of service (or lack thereof) that makes all the difference in a nation. First, the story as narrated by @_Peesee, though with minor editing:

A few months ago, a man came into my office premises desperately needing a driver’s license. Everyone told him it wasn’t possible to get one immediately because of the mandatory procedure. He looked very unhappy but most people didn’t care. Looking at him and the way he was dressed, I was sure he was a soldier. When I asked how I could be of help, he said he wanted a driver’s license so he could get his salaries, give money to his wife and return to Maiduguri.

I asked him if he had a National Identification Card because he could use that too. He said he had been to the National Identity Management Commission (NIMC) but he was only given a temporary slip and told to return after a week to secure his National Identification Number (NIN). I asked if he had either an International passport and he replied. It was about 2:30pm and had just 24 hours left to report to Maiduguri yet he was going to spend two days on the road. Which means he would be charged for AWOL (absent without leave). He called his superior who instantly told him he was on his own. I felt really bad for him. His wife kept calling and complaining that he was on pass and he didn’t even spend a night with her. The young soldier was confused. He looked at me and said ‘auntie, please help me’.

He had only N1,000 on him and he needed to get an identification and change of name done with only one hour left. I took permission from work, went with him to the bank and asked to see the bank manager. I pleaded that he allows the soldier write a letter of authority that would allow me bring his NIN and change of name so his account could be fixed and money transferred to his wife. The manager was reluctant but he eventually agreed. I called a friend at working in a newspaper house and transferred money for the change of name to him. I called my cousin who works at NIMC and he promised to help me get the NIN the next day. I gave the soldier some money for transport so he could go home and a little extra to give his wife.

I looked at him and said, “make sure you touch that woman before you go back to Maiduguri”. He laughed and banged his leg, shouting, “She go hear am”. He left to see his wife and after about three hours he called. He was already at home. The next day he called that he was spending the day with his wife. It took me two days to get all the information and I headed to the bank. I sorted out all the issues and he got his salary alert on his way to Jos. He called me thanking me. He made transfer to his wife after months of no pay. Hi wife called me, thanking me and praying.

Today, she named her daughter Precious Adejoke—a Hausa baby with a Yoruba name. I can’t help it. I am a godmother. That money was what she used to pay for drugs when she found out she was pregnant. She said if I didn’t help her husband, the pregnancy and birth would have been on debts. Yes, we make policies in Nigeria but we forget to consider these guys who endanger their lives to keep us safe. The grandfather has just gotten off the phone praying for me. What a way to end the year. I have baby precious in Niger State…”

There are four profound lessons here. The first is about what public service has become in Nigeria today. Except there is instant gratification for someone, it is becoming increasingly difficult to get any service from many of our public institutions. The second is about how we complicate simple matters. Why should soldiers on the war front be subjected to such needless ordeal to get their entitlements? The third is about going beyond the call of duty to help in a situation of distress as demonstrated by this lady. The fourth is that nothing can be more rewarding than offering help to those who are in no position to pay back. You can almost touch the vibes of fulfillment from the story which confirms a Chinese adage: “If you want happiness for an hour, take a nap. If you want happiness for a day, go fishing. If you want happiness for a year, inherit a fortune. If you want happiness for a lifetime, help somebody.”

What is often missed in our country is that public service is founded on the notion of enlightened self-interest which means that acting to promote the welfare of other people enhances one’s own as well. Yet, as I once wrote on this page, if a society is not compassionate, it is futile to expect the government to be. If a society is indifferent to the plights of the poor, as it is also evident in Nigeria, that is the way government will be. If the society has degenerated to the level of everyman for himself, as our nation clearly is today, then we delude ourselves to expect anything different from our government. The ultimate lesson: We need to begin to build a new society that will operate with a greater sense of ‘community’, as demonstrated by this lady.

I wish my readers the best of this glorious season. The Verdict will be back next week. 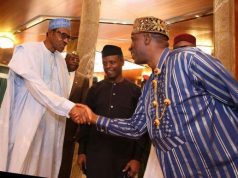 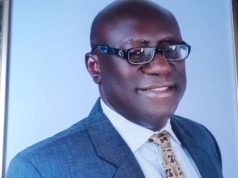 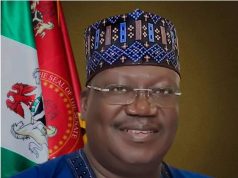 BUHARI: BY DECEMBER, BOKO HARAM WILL BE NO MORE