The sad story of the utter neglect of the natural resources Nigeria has in abundance but prefers its foreign, processed derivative is often told. For instance, back in the 1950s and 1960s the country was a leader in the world palm oil market.In fact, in the early 1960s, Nigeria’s palm oil production accounted for 43% of the world production but nowadays it only accounts for 7% of total global output.

Worse still, it has become a net importer of the same product! No thanks to the discovery of crude oil and our former political leaders’ lack of foresight,in jettisoning our vast agriculture potentials for the ‘black gold’.

Interestingly, Malaysia that obtained its oil palm seedlings from Nigeria in the ‘60s boasted of 19.5 million tonnes output as at 2018. That is according to its Palm Oil Board, while that of Indonesia, the world’s largest producer stood at 43 million tonnes for the same year.

Against this backdrop, it is inspiring that the Edo State government has taken determined steps to strengthen its partnerships towards a sustainable oil palm sector rejuvenation. This was made known by the Senior Special Assistant to the Governor on Investment Promotion and Head of Edo State Investment Promotion Office (ESIPO), Mr. Kelvin Uwaibi in September, 2019. He disclosed this at a stakeholders’ meeting on the African Palm Oil Initiative (APOI) platform at the Government House, Benin City.

Uwaibi also stated the Central Bank of Nigeria (CBN) was ready to support the state in expanding oil palm production. In addition, Governor Godwin Obaseki sponsored six persons from government and non-government organizations (NGOs) to the RSPO-Round Table on Sustainable Palm Oil Technical Meeting in Ghana, where he was the only governor who was physically present at that meeting. Soon after that the governor came up with a decision to allocate 118,000 hectares for oil palm production,including the smallholder farmers.

Giving a brief background of the Africa Palm Oil Initiative (APOI) forum in Edo state, the facilitator, Mr. Churchill Oboh, said part of the agenda was to identify smallholders through their representatives on the platform since smallholders contribute about 60 per cent of oil palm production. This is instructive because self-sufficiency in domestic palm oil supply has remained unattainable in Nigeria, despite the various efforts of government to revive the subsector. Yet, the contribution of oil palm to employment and income in Nigeria is enormous. However, there is dominance of smallholders, low yield and inadequate documentation on productivity of the Oil Palm Production systems in the country.

These was revealed by researchers, Abdul-Qadir M. I. as well as Victor Okoruwa and Oluwafunmiso Adeola Olajide both of the University of Ibadan in a work titled: “Productivity of Oil Palm Production Systems in Edo and Kogi States, Nigeria: A Total Factor Productivity Approach”(December 2016).

The results of their study also showed that the oil palm production in the area is structured into small (≤ 10 hectares (ha), medium (11 – 50 ha) and large (≥ 51 ha). The Total Factor Production(TFP) of the large, medium and small scale OPPS were 1.04, 0.99 and 0.82, respectively, while the overall TFP was 0.92. The large scale system had the highest productivity, followed by medium scale system in palm oil production. Therefore, promotion incentives should be directed to large and medium scale systems with upgrading of small scale farmers to medium scale farmers, according to the researchers.

The questions requiring answers have to do with the reasons behind the sudden interest in oil palm production and processing?What more should the Edo state government in partnership with the private sector be doing towards making the sub-sector economically viable? What lessons can Nigeria learn from countries such as Indonesia and Malaysia to reclaim its position as one of the top-three produicers and processors of oil palm?

It should be noted that the major world producers of oil palm are Indonesia and Malaysia with small amount from Thailand, Nigeria, Columbia and others.  Oil palm is currently the vegetable oil produced in largest quantity having pushed soybean oil into second position. It is  also the cheapest vegetable oil and dominates other  vegetable  oils  in  terms  of  yield – per  -unit  area,  trade  and  consumption  at  the international scene.

Experts in the field reiterate the fact that the demand for palm oil has increased rapidly in recent years due to a combination of factors. These include increasing demand sparked off by higher consumption of edible oils, particularly in emerging countries such as China and  India. This is caused by population growth, improving living standards and changing diet habits.

Another important factor is the development of the bio-fuels industry around the world, particularly in the European Union (EU), United States of America (USA), Brazil, Argentina, China and India.  Also significant is the changing weather pattern. These can have major geographical impacts and can be potentially quite large. On the nutrition front,  many  developed  economies  are  shifting  away  from  the  use  of  trans-fats  to healthier alternatives. Palm oil is often used as a substitute for trans-fat.

Given these vital information, the demand for oil palm globally will continue to increase.And so arethe potentials for job creation and food security. Edo state government has therefore, made a wise decision in going back to oil palm production. But it has to identify and register the oil palm farmers, provide them fertile land, assist them with access to high-yielding, early-maturing and disease-resistant seedlings. Partnership with IITA, Ibadan would be fruitful in this regard.

In a similar vein, the farmers need human capacity development through well-motivated farm extension workers, who should be graduates in food technology, agriculture and agric engineering. They should assist them with the knowledge of when to plant, how to tend to the seedlings, handle proper harvesting and processing. The private sector should key in by establishing oil palm processing plants with modern high-tech equipment and the processes align with international best practices.

The government should see to the promotion of large and medium scale systems with upgrading of small scale system to either medium or large scale system.This will enhance the pace of growth and development of the industry. This  recommendation emanates from  the results of  Total Factor Productivity (TFP),  which showed  that the  large and  medium scale  production systems  were  more  productive  than the  small  scale  system.

To  achieve  this, planned  growth  such as  provision  of  necessary incentives  like  land availability,  land preparation,  planting and  supervision  of  maintenance  of  immature  palms  till fruiting, should be carried out by government. These should be followed by careful allocation of the farms to small scale farmers. These will ensure the growth and development of the small scale oil palm farmers to medium scale farmers. There will be poverty alleviation among the small scale farmers. More income will get to the government through income tax. Eventually, there will be self-sufficiency in palm oil production in Nigeria in the near future. 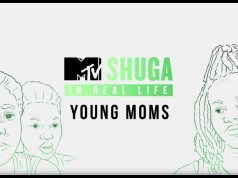 SIX ARRESTED FOR ONE-CHANCE ROBBERY, BLAME IT ON ECONOMIC SITUATION

SHAN GEORGE FUMES! ‘I’M NOT ALL ABOUT MEN AND D..K’