A young Nigerian lady who was trafficked to Lebanon has regained her freedom and has now been handed over to the Nigerian Ambassador in Beirut.

Channels TV reported that this was disclosed by the Chairman, Nigerians in Diaspora Commission, Mrs. Abike Dabiri-Erewa.

Dabiri-Erewa made this disclose via her official Twitter page yesterday.

According to the President’s special aide, the young lady who is known as Omolola Ajayi was received warmly by Ambassador Goni Zanna Bura and she is happy to be in safe hands.

She added that Omolola will soon be home.

A few days ago, Omolola Ajayi cried out for help via a viral video, claiming that she was allegedly sold into slavery in Lebanon.

Omolola who revealed that her parents, Mr. Kehinde Ajayi and Mrs. Felicia Ajayi live at Offa Garage at Under Bridge in Ilorin, Kwara State, alleged that a family friend perpetrated the sad act against her.

According to Omolola, she thought she was coming to Lebanon to teach English but discovered she had been deceived upon arriving in the country.

Omolola disclosed that some of those who fell victim to the same scam are already dead as they are not taken to the hospital when they are sick by their “masters” who seized their passport upon arriving in the country. Buhari To Public Officers: Don’t Be Afraid Of Audit If You Have Done The Right Thing 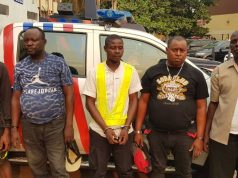 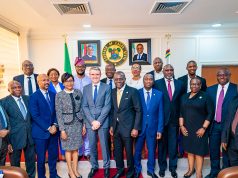 Desmond Elliot, Timaya, Funnybone, Mawuli Gavor and Chike come together For The Launch of...

Buhari To Public Officers: Don’t Be Afraid Of Audit If You...