“If your actions inspire others to dream more, learn more, do more and become more, you are a leader”

His defining moment, as a new breed Nigerian politician came fully to fore when on May 29, 2019 he was sworn in as the 28th elected governor of Oyo state. Some nine eventful months later, Governor Seyi Makinde has come to redefine the leadership paradigm in Nigeria’s effervescent and slippery political landscape.Talk about being visionary, creative, committed, purposeful and people-oriented,he has been piloting the ship of Oyo state to give life to it as being a Pace Setter, in more ways than one.How apt!

Facts do not lie, do they? Ample empirical evidences on ground point to the truism that: “The true mark of a leader is the willingness to stick with a bold course of action” as Bill Taylor rightly noted. And as yours truly has insisted over the decades of writing, it has become imperative for conscientious Nigerians to continue to highlight   the achievements of those making the difference in governance. Doing so would serve as an inspiration to others. And of course, as a wakeup callto their peers;some of who have blatantly refused to sacrifice their greed for political gains for the good of their people.

Such uncommon features of the Makinde-led administration have kept not a few people asking some pertinent questions. Is he a Nigerian politician? How can he declare his assets, barely two months in office, with the hallmark of transparency?  This is an act some other acclaimed men of high moral shave found difficult to do!How can he donate his four years salaries to the Oyo State Teachers’ Pension Fund? How can he appoint the first-ever female Secretary to the State Government, a woman of class and distinction, Mrs Olubamiwo Adeosun? Why shouldhis Commissioner for Youth and Sports, Seun Fakorede, be only 27 years of age!

Is Makinde made a sterner stuff? If not, how can he frontally battle the hitherto much-dreaded state chapter of the Nigerian Union of Road Transport Workers (NURTW) and go to sleep with his two eyes closed? Is this not the same set of transporters whose organizations’ top echelons are feared with a passion and worshipped as demi-gods in some other states?

Like some Americans reacted to Ronald Reagan, the former United States President, the naysayers insisted that it could never be done. But as president, he instituted sweeping political and economic initiatives that resulted in a decade of prosperity. His supply-side economic policies, dubbed “Reaganomics,” reduced tax rates to spur economic growth, controlled the money supply to reduce inflation, deregulated key sectors of the economy and dramatically reduced government spending.

So, what are the political principles and philosophies that drive Governor Makinde? This is what he had to say back in September, 2019. “About 100 days ago, when I took the oath of office as the Governor of Oyo State, I set a goal. I shared that goal in my inaugural speech. The major thrust of that goal is to restore Oyo State to a place of pride”.

He added that, “the bedrock of all my engagements has been transparency, accountability and inclusivity. I have come forward with clean hands. This is why within two months of my becoming governor I published my declaration of assets. I have also looked beyond party lines, age, gender and other considerations to find the best crop of individuals to implement my vision for Oyo State.Also, his administration has set up a Due Process Office within two weeks in office and appointed a Director-General, Ms Tara Adefope. He transmitted an Executive Bill, the second in less than 60 days named, the Oyo State Financial Crimes Commission Bill, to the Oyo State House of Assembly. These appointments are not to score political points; they are a clear demonstration of my commitment to excellence”.

How one wishes that some other top politicians, driven by nepotistic tendencies,whogleefully offer plum political positions, mainly to people of their own ethnic group and religious persuasion, would  glean a lesson or two from Makinde.

A sectorial look at the achievements so far in the fields of education, health, security, infrastructural development would prove instructive.For instance, in thecritical area of education, his administration has ensured an upward review of the education budgetary allocation from about three per cent by his predecessor to 10% in the 2019 budget cycle.

Similarly, there was the payment of N1.4bn as gratuity to about 1,000 teachers who retired between 2010 and 2012. Furthermore, is the cancellation of the N3,000 school fees for senior secondary school students. This is meant to encourage the enrolment of some of the 400,000 out-of-school children in Oyo State.The  abolition of entrance examination fees from Primary School to Junior Secondary School 1, has led to an unprecedented large turnout of pupils to write the entrance examinations.

Add these to the procurement of over two million exercise books for over 450,000 pupils in Oyo State public primary and secondary schools. What about looking into the issues affecting the smooth running of Ibarapa Polytechnic, Eruwa, and Oke Ogun Polytechnic, Saki? And of course, the provision of the law school students’ bursary to the unprecedented amount of N500,000. The bursary payment had been suspended since 2012!

What more, to boost the teachers’ performance the government public school teachers would henceforth be promoted and honoured according to the overall performance of their students in external examinations.

Highly impressed by these laudable initiatives, the Japan International Cooperation Agency (JICA) has made donations of facilities to the development of education across the state.

On the health sector, the governor pays on-the-spot assessment visits that inform his targeted actions based on his findings. For example, one of his assessment visits has resulted in the ongoing renovation of Adeoyo Hospital, Yemetu, including an upgrade of the radiography/radiology facilities.

In an effort at reducing drug abuse and trafficking, Oyo State Government has pledged to support the National Drug Law Enforcement Agency (NDLEA) towards curbing the menace of illicit drug use and peddling in the State.

In the area of security, Oyo state hosted both the Development Agenda for Western Nigeria Commission Security Summitandthe South-West Geopolitical Zone Security Summit, convened by the Inspector-General of Police. The aim is to discuss measures the Nigeria Police Force, in partnership with other security agencies. There has been the procurement of 100 vehicles for use by the security agencies in the state. Apart from resolving the tussle in the NURTW he has provided a resolution of the butchers’ crisis at Ibadan Abattoir.

He granted amnesty to 35 prisoners on June 12, 2019 to mark the Democracy Day; set up a committee to look into cases of wrongful dismissal of civil servants in fulfillment of a campaign promise.

In terms of investment and development he transmitted the first Executive Bill, Oyo State Investment Promotion Agency Bill to the Oyo State House of Assembly. He hasheld strategic meetings with the World Bank representatives to assist the Federal Airports Authority of Nigeriato improve the infrastructure and security at the airport.He has inaugurated an economic and investment report from Oyo Ile Investors’ Forum, and  held strategic engagement with agri-sector stakeholders during the Oyo State Agribusiness Strategic Planning Retreat. Thisheld at the renowned Songhai farms. The aim is to replicate the model in Oyo State.

On staff welfare, he ensured that salary payment is done on 25th day of every month and has made a payment of N280m for pensions and gratuity to 100 civil servants on Grade Level 1 to 17 who retired since 2012!

The basic element in every relationship, from the homefront to the places of work and worship is Trust. As Makinde noted, the documentation of his achievements is for the good people of Oyo state to make reference to them vis-à-vis his campaign promises and ask the question of whether they have made the right choice in him as their state governor, or not.

Methinks they have. So far, so good! He should not rest on his oars but continue to deliver the dividends of democracy to his people and put to shame those whoerroneously  think that good governance is an impossibility, here in Nigeria. 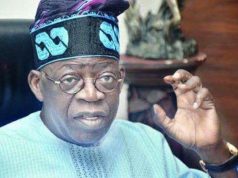 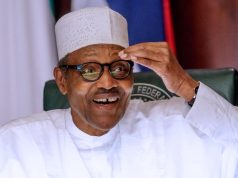 AMBODE URGES RESIDENTS TO SPEAK OUT AGAINST DOMESTIC VIOLENCE

2nd Term: Critical Things Buhari Must Do, By SERAP