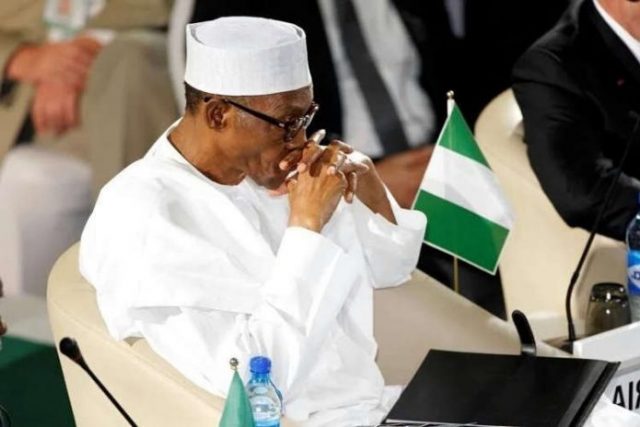 President Muhammadu Buhari has strongly condemned the terrorist killing of Lawan Andimi, chairman of the Christian Association of Nigeria (CAN) in Michika local government area of Adamawa state, describing it as cruel, inhuman and deliberately provocative.

In his reaction to the incident this evening, President Buhari expressed sorrow that the terrorists went on to kill  the religious leader while giving signals at the same of a willingness to set him free by releasing him to third parties.

President Buhari consoles the Christian community all over Nigeria, the government and people of Adamawa state and the Bishop’s family over the sad loss of the man of God and assures that terrorists will continue to pay a heavy price for their actions and would comprehensively be defeated by our determined armed forces.

President urged nations of the world to end all support provided to Boko Haram and Islam in West Africa, ISWA terrorist groups whose only goal is to sow death, violence and destruction in the sub-region.

NNPC BOSS, IBE KACHIKWU TO LECTURE IN LAGOS ON LEADERSHIP