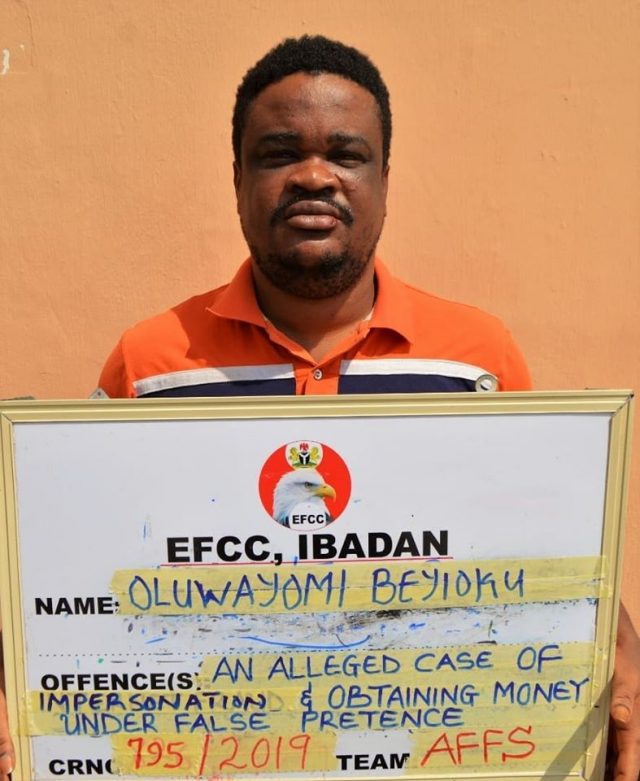 The Ibadan zonal office of the Economic and Financial Crimes Commission, EFCC, has arraigned two siblings – Olatunji Beyioku (aka Bashorun) and Oluwayomi Oluwafemi Beyioku (aka Ola 1) – for allegedly falsely presenting themselves as agent of the commission to defraud members of the public.
The duo were on Thursday, January 23, dragged before Justice Mohammed Abubakar of the Federal High Court 1, sitting in Abeokuta, Ogun State capital, on 18-count charges bordering on conspiracy, impersonation, forgery, money laundering and obtaining money under false pretenses. 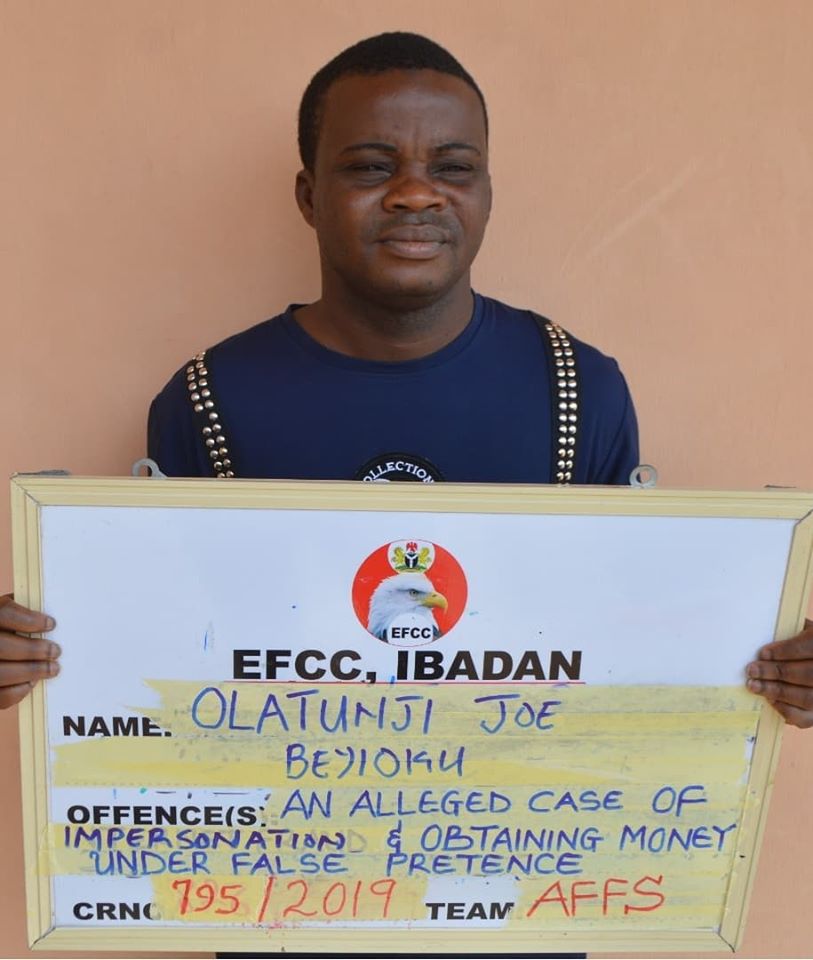 According to the charges, the accused persons allegedly laundered over N12,000,000 (Twelve Million Naira) and also defrauded unsuspecting victims of the sum of N404,000,000 (Four Hundred and Four Million Naira).
The facts of the case revealed that the brothers had represented themselves as operatives of the EFCC in order to gain undue advantage of their victims.

Reddington Hospital: No Corona Virus Patient In Our Ikeja Facility

UJU ONYECHERE LIVE: MY MENTORS AND I

Reddington Hospital: No Corona Virus Patient In Our Ikeja Facility