In Onitsha, going to town for appraisals of the temperature of the polity comes handy – like following Father Ejike Mbaka’s recent soundbyte(s) before and after the outcome of the Imo State gubernatorial election at the Supreme Court.
For days on end, the ubiquitous reverberations from its fury – in buses, kekenaps and on streets – spared my earlobes no breathers. Till an inner voice supervened, ordering that I hearken at any next opportunity, if at all.
And come it uncharacteristically did, impromptu. Luckily, it was nowhere else than at Garden of Eden, a well-appointed neighborhood watering hole I frequent..
Ordinarily, the entirety of the habitués had tired of regurgitating the curds of the rather bizarre clerical faux pas. None, it appeared, wanted to rush in where even angels now feared to tread – as though all figuratively minded their drinks, lest they drew the wrath of heaven.
But for this bloody interloper into the lowlier haven on the day in question. He had veered in at the behest of our mutual friend and boon companion, Ken aka Omeifeukwu. A noted philanthropist, Ken always attracted visitors. While some definitely helped make him what he is, some, no doubt, also came to drink from his deep well of wealth. However, either was as welcome as the other to Ken’s magnanimous world.
At first sight this visitor – whichever side of the divide he belongs – proffered no threat to the normal peace that prevails in the space. A members-only affair, all were well aware of its etiquette and complied for the avoidance of sanction(s). However, these mostly concerned ephemerals – like not drinking straight from the bottle and such other bequests of our colonial masters.
Though, often fazed by its intimidating ambiance, some guests automatically held their tongues in turn, as though the social media law had come into force. And where else can it become operational than this uppity sphere surrounded by dungeons.
But not the guy in question. He had immediately opened up even before the first bottle of his favourite tipple was popped:
“Whoever said there were no men of God left on earth?”
He was supposed to be addressing his host but had raised his voice; on purpose, perhaps.
“Jonas, my man!’ Ken hailed. “What’s God and His men got to do with your beer?”
“As if you are yet to hear of Father Mbaka’s latest prediction?”
“Pre- what?” Ekene another of us retorted. “Is that how predictions come?”
Ekene is in the habit of reprimanding guests to the speakeasy who crossed lines other than those of etiquette. Topmost being those who tried to post unwanted bills on the walls of our mind; moreso, the political.
“Ok,” Jonas coolly replied. “I can get your grouse. It’s not a prediction but a prophecy.”
“Prophecy ko, prophecy ni,” Ekene put in next. You see, before heading home South East, he had a spell in Lagos mending soles and the like.
Like expected, an altercation ensued between the two. On end, it could only be assuaged by all putting in words.
Akalugo, a self-professed traditionalist, would have none of an apotheosis of a mere mortal. Annointed or otherwise, he felt the priest should first mind his cure. Unequivocally, he opined that the bishop in charge of his diocese should call him to order sooner than later.
“If he wants to join us,” he vouchsafed midway, “he should set up a shrine like the rest of us.”
Pressed on by Jonas as the heat died down, Akalugo put it straight and sharp that the cleric was only an accomplice.
“He must have been privy to the court judgement, and used it to his favour,” he surmised. “Or why didn’t he make any comment about the modus of the verdict?”
As he concluded, a wry smile could be descried plastered on his pouting lips.
As the night lengthened, another group disagreed altogether . They were spearheaded by none other than the enfant terrible of the rendezvous. An unrepentant apostle of a return to the trenches of the 50-year-gone civil war, Akrika brooked no halfway houses. To him the cleric was only an unwitting agent provocateur to the actualisation of their fond separatist dream.
“It’s only a matter of time,” he enthused. “Sooner than later we’ll know whom the true prophet is between him and Kanu.”
By then Jonas appeared to have been well and truly subdued by the intensity of the collateral bombardment. Or perhaps he was in no mood to suffer us fools gladly. But some of us knew otherwise – like that he may have been arrested by the effect of the green-bottled beverage he may have unwittingly quaffed an overdose of in the euphoria of the evening.
But he had one more thing to add as he made to leave:
“Prophets,” he said, “are known to be without honour only in their homelands.”

– Uzoatu, the author of the novel Vision Impossible wrote in from Onitsha, Anambra State. 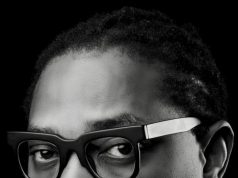 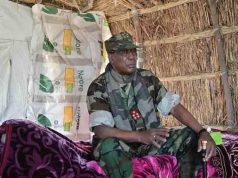 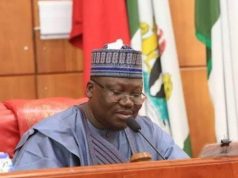 Opinion (7/9/19): Building Your Personal Brand – My Thoughts, By Charles O’Tudor