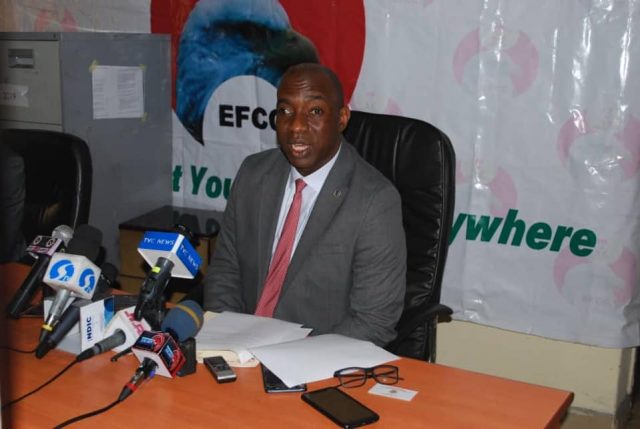 The Economic and Financial Crimes Commission, EFCC, has vowed to apprehend the promoter of a report in the social media, claiming its Port Harcourt holding facility is overcrowded and alleging mistreatment of detainees. Head of the Port Harcourt Zonal office, Usman Imam speaking at a media briefing today, February 12, 2020, dismissed the report as fake news.

According to him, “the picture of detainees crammed into an open air cell purported to belong to the EFCC Zonal office in Port Harcourt is fake. The images are strange to us”.
He further stated that the Commission, “do not have an open cell, our cell is a stand-alone facility with no close proximity to any storey building; we have never had large inmates that the cell could not accommodate, and we have no history of mistreatment of detainees”. 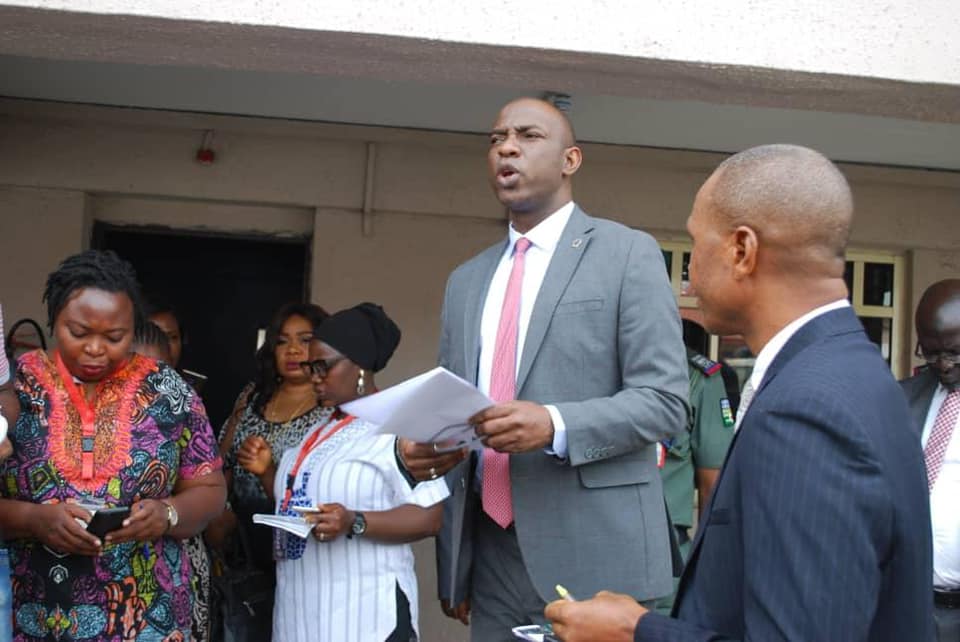 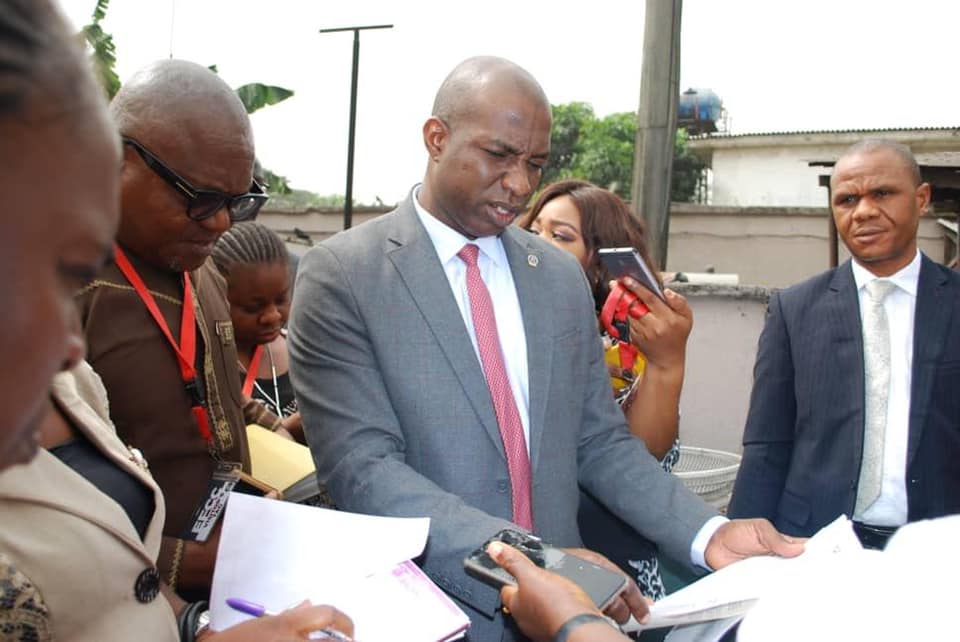 Faces At The Christian Wake Of Ken Tadaferua