The wife of the Governor of Anambra State, Chief Mrs. Ebelechukwu Obiano (Osodieme) has intervened on the deteriorating health of Nollywood star, Ernest Asuzu whose condition caused a major stir on social media recently.

Following widespread media reports on the actor’s ill health, Chief Mrs. Obiano who runs a highly rated NGO, the Caring Family Enhancement Initiative (CAFE) had stepped in and evacuated the actor to Chukwuemeka Odimegwu Ojukwu Teaching Hospital Amaku, Awka, Anambra State where he has been receiving treatment in the past two weeks.

During her visit to the hospital on 18th February to ascertain the recovery progress of the actor, Chief Mrs. Obiano spoke on the need for people to embark on charity works by helping others in need at all times.
Said she;
“I believe that God created me for a purpose. I do what I do because it is my calling. I am not doing it because I am a First Lady. No! I have been into it since 1991 and I am still doing it. People just got to know about it because I became the wife of a Governor. But what I do comes from the heart. It is not something peculiar to Governors wives. I don’t want to blame anybody or look down on anybody or for not doing what they don’t do….”

Mrs. Obiano revealed that when she read about Ernest’s condition, she called for arrangement to be made to bring him for treatment and close attention. She expressed satisfaction with the improvement in the condition of Mr. Asuzu and the quality of attention given to him so far by the Chief Medical Director and Doctors at the hospital, and urged them to sustain the good job even with other patients.

The Anambra State Commissioner for Health, Dr. Vincent Okpala who was co-opted by the wife of the Governor in her absence to ensure that the patient received adequate attention in the hospital and applauded the passion and dedication of the governor’s wife’s to charitable courses, stressing that such can only be possible when it has become a larger part of one’s life.

Earlier, the Chief Medical Director of the hospital, Dr. Basil Nwankwo welcomed Mrs. Obiano for visiting the Teaching Hospital and briefed her on the progress of the patient whom he attested has made good recovery and is in high spirits and would be discharged before the weekend.

Expressing his profound appreciation Mr. Ernest Asuzu, thanked Mrs. Obiano for coming like an angel to rescue him even though she never knew him. Ernest, who could not hide his joy and relief, thanked God for the wife of the Governor whose gesture he noted has driven him to tears and has given him a second chance to life when all hopes appeared lost.

Also speaking on behalf of the entertainment industry, Chief Bob-manuel Udokwu, a veteran of Nollywood Senior Special Assistant to the Governor on Creative Media, thanked Governor of Anambra State Chief Willie Obiano for making such environment for care possible and especially his wife, whose NGO, CAFE does not discriminate on state of origin or boundaries but is driven by the need to help fellow human beings in need. In the same vein, another Nollywood artist, Mrs Rita Arum thanked Mrs. Obiano for showing rare kindness to their friend and colleague, Ernest Asuzu. 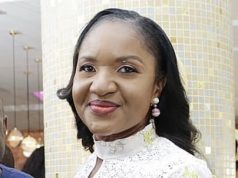 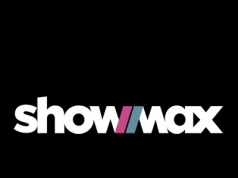 8 Series You Must Not Miss On Showmax This April

Please, raise an alarm whenever you sight a suspicious building, LASG begs residents