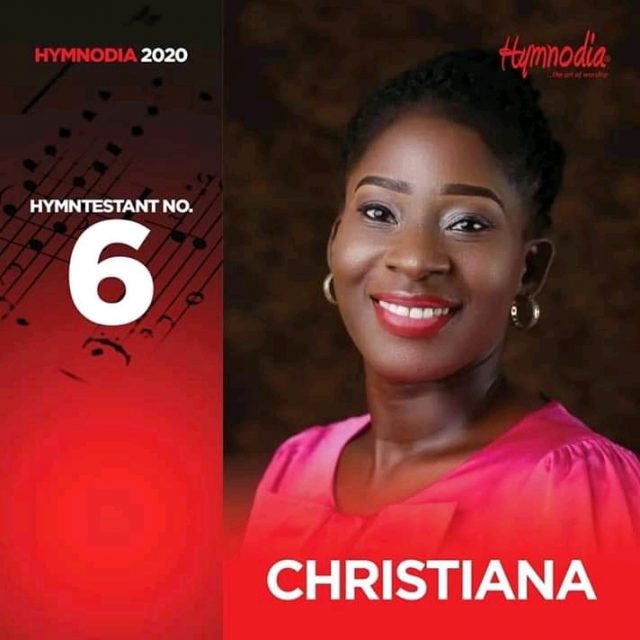 The previous stanza in the hymnstitute was a lucky stanza as there was no probation. But this stanza that saw to the performance show on Sunday, March 23, 2020, turned out to be a sing or swim stanza. And as judge Davies rightly phrased “they look fantastic and they better sound it”.
In teams of duo, they performed their duet of joy. And after what appeared to be angels on earth singing, the judges judged.
Up on probation for possible hymnviction were the duos of Victor and Elizabeth. Json and Ogochukwu. And was meant to be Duke and Christiana. But by this time only Duke was left in this team because Christiana had pulled out. So, Duke joined the other four hymntestants up on probation.
THAT NATURAL TWIST: After the performance show as expected by the hymntestants, Hymntestant number 6, Christiana, pulled out willingly from Hymnodia Season 2. Though her duet with Duke didn’t hit those expected perfect cords during the performance show, Christiana was known as a good singer. Never on probation before. So, curiosity drove the media officer of Hymnodia, Uwem Umoh, to have a chit chat with her. And Christiana had this to say ” I had a vow with my God that if I find myself in a crossroad like this, I will pullout”. Well, that was that. Good to keep vows. And the show goes on.
Christiana is married to Afolabi Oluwatobi, who was actually present to cheer the wife on. And on probing to know if he had a hint of the wife’s pullout earlier. Afolabi quickly added “I don’t know why. But I respect my wife’s opinion. Hymnodia is a great platform. It’s a platform that is really good. I look forward to being a part of this in future”. He further added ” I love the idea,  the concept, bringing people to sing to God. I don’t know if they do this abroad but this is the first of it’s kind here”.
And the super melodies from the Hymnodia choir kept spectators glued to their seats without any urge of leaving.
Voting lines are open till Thursday 1pm. Vote to save your favourite hymntestant in the hymnstitute. Visit www.hymnodiahq.org and follow the prompt.
Hymnodia …the art of worship.

Opinion (26/8/18): Estimated Billing And Other Related Offences, By Simon Kolawole

AN AWARD FOR IGP’S SON