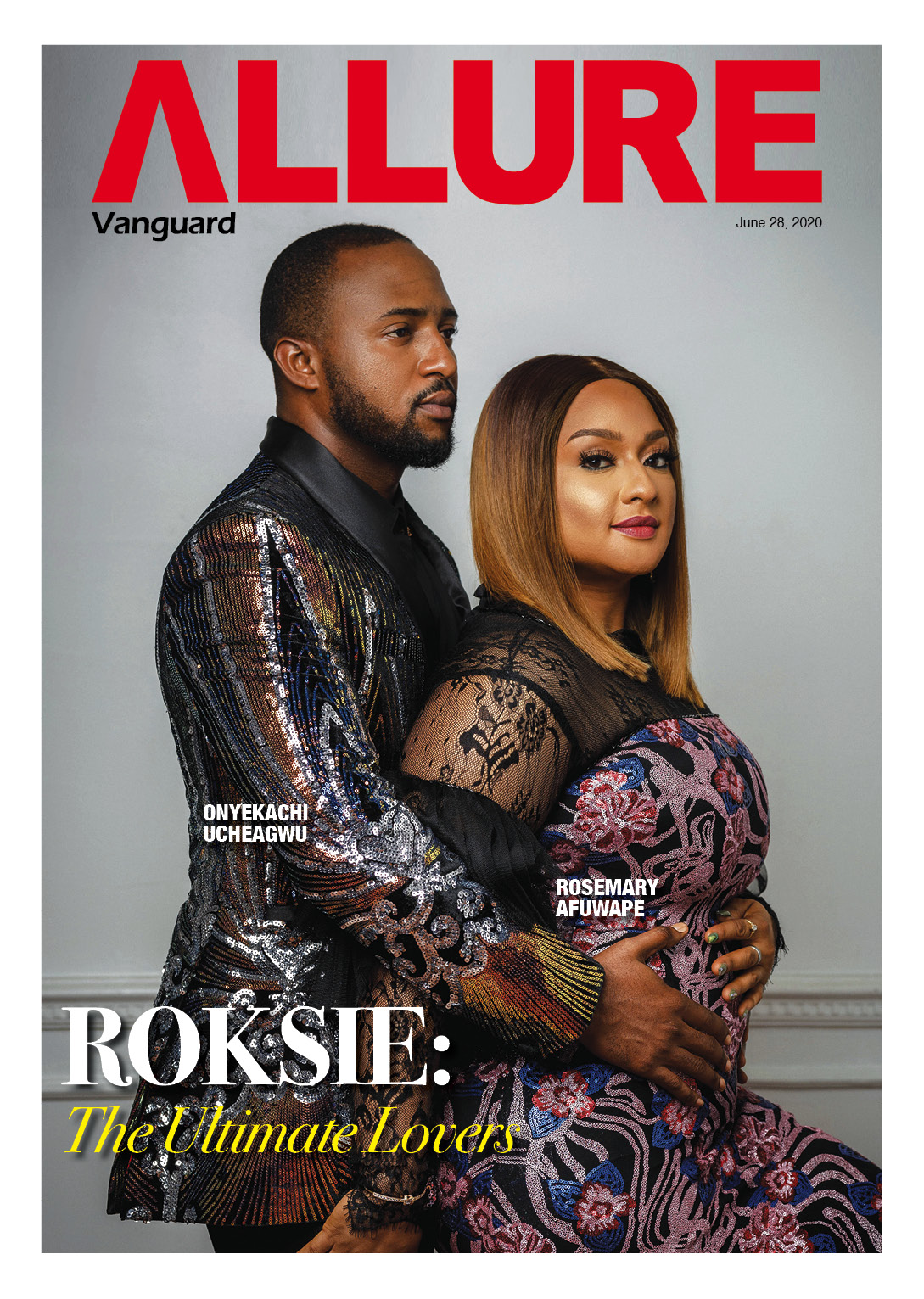 It’s been three months since Rosie and Kachi were crowned winners of the debut season of MultiChoice Nigeria’s reality show, “Ultimate Love” and the couple is still waxing strong. The lovers who got engaged on stage during the grand finale of the show are the latest cover stars for Vanguard Allure.

In the accompanying interview, Rosie and Kachi, jointly known as Roksie to their fans, talk about everything from their previous experiences with relationships to the intricacies of dating in the public eye.

Speaking on how her experience in previous relationships is helping her navigate this new one, Rosie whose last relationship lasted for 12 years said, “I think when you’ve had an experience like the one I had, you kind of learn from the mistakes and try to see that they are not repeated in your future relationships. I think that’s what growth is really about. Treating your experiences when things don’t work out as you planned as lessons instead of failures. I’m applying the lessons I learned from my past relationship with this one and also doing some unlearning. It’s all a process and a journey. Thankfully, I’m going through all of it with the best guy.”

When asked how she was able to handle dating on a reality TV show, Rosie said, “I’m not going to lie, the whole idea of having strangers so invested in your life was really scary, and having to go through the ups and downs of a relationship on TV with the whole continent watching isn’t exactly the easiest thing in the world. But I had to remind myself that I was in the show for a reason, and I kept my eye on the goal.” This sentiment was also re-echoed by Kachi who added that he knew exactly what he was signing up for going into the house so that helped him conquer whatever fears he may have had about starting a relationship on a reality TV show.

Age difference is still very much a factor for a lot of people when it comes to relationships but that changed for Kachi when he met Rosie. His words: “Dating older women have never been my thing but after the first week of bonding in the Love Pad coupled with intelligent conversations we had, and different lectures we had,  the whole narrative changed and my perception on dating older women changed. I got to realize that age is nothing but numbers. There and then I made up my mind not to sacrifice my happiness on the altar of “age”. I love Rosie so much, that’s what matters.”

And wedding plans are already underway for the Ultimate Love winners. They had disclosed during a sit-down with BellaNaija on Instagram Live over the weekend that they will be tying the knot in November. We are absolutely looking forward to that!

Continue On The Path Of Spirituality, Peaceful Co-Existence, Sanwo-Olu Charges…