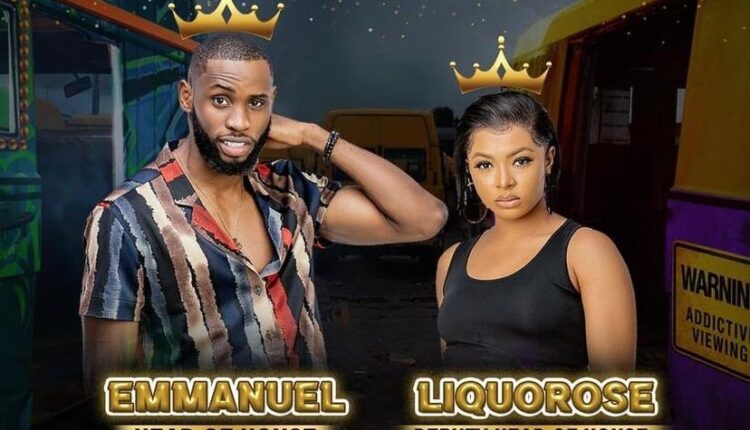 BBNaija Shine Ya Eye: Emmanuel Is This Week’s Head Of House!

After a grueling Head of House challenge on Monday night, Emmanuel emerged as this week’s head of house and picked Liquorose as his deputy.

It’s the seventh week in the Big Brother Naija house, and in yet another exciting challenge, Big Brother introduced a new twist – the first runner up would get the chance to use save and replace veto power.

Before the start of the HoH games, the housemates went through the nomination process that ended with Saga, Pere, Emmanuel, Jay Paul, Jakie B, Saskay, Whitemoney and Jackie B on the chopping block! However, the final nomination list would only be determined after the HoH challenge.

The rules of the game were the same for this week’s challenge but as expected, there were a few elements that made the challenge harder. The housemates had to lose shoelaces, drink a bottle of water and walk on a beam with a ball on a spoon.

Pere took the board next and got up to step 15. Then Emmanuel came along and got to step 28 but he did not complete the hurdle, so he had to go back to step 26. Whitemoney and Saskay got to step 8 respectively which meant game over.

Pere who finished second in the games got the chance to use the Veto power. He saved himself and replaced himself with Queen. Due to the immunity of the Head of house, Emmanuel escaped the initial nomination list leaving – Queen, Liquorose, Whitemoney, Saga, Saskay, Jackie B, Jay Paul up for eviction.

Abeg is the headline sponsor of Big Brother Naija season 6, and the associate sponsor is Patricia. To learn more about this and other information on the sixth season, visit www.africamagic.tv/bigbrothernaija. 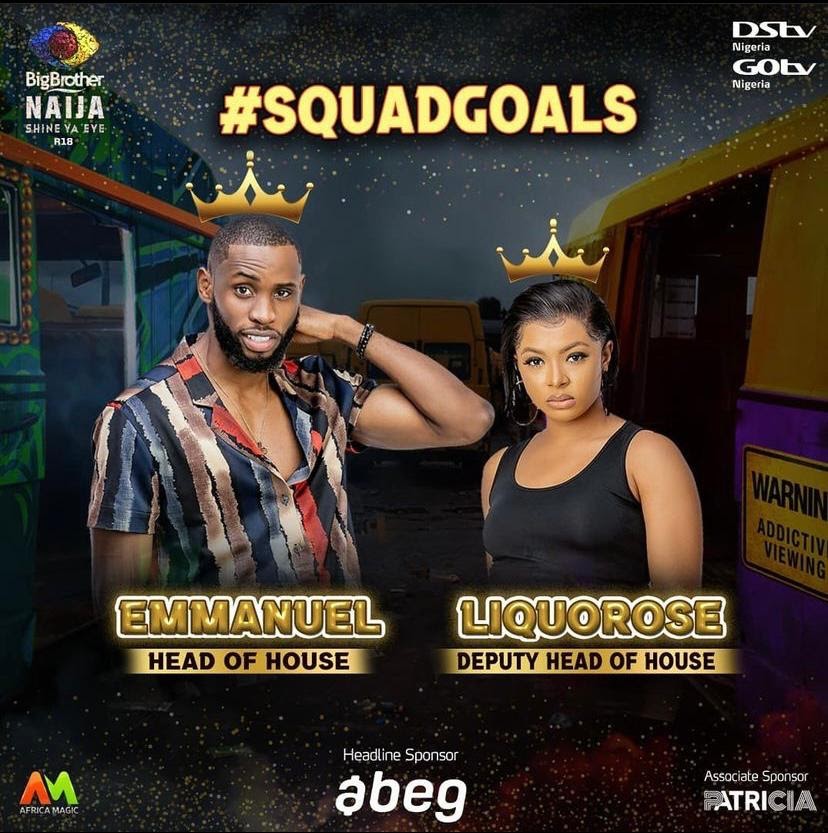 For Allegedly Having Sex In BBNaija House With Boma, Tega Apologises To Husband, And All Those She ‘Let Down’

Actress Uche Ogbodo: Why I Date A Younger Man