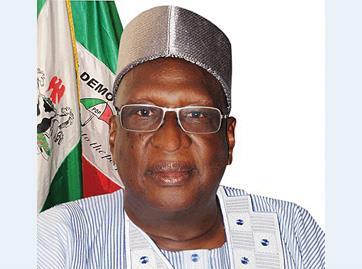 President Buhari joins members of Tukur’s family, friends and well-wishers in celebrating the former National Chairman of the Peoples Democratic Party and one-time governor of old Gongola State who has devoted a greater part of his extensive political life to supporting democracy in the country and continent.

As an accomplished businessman, pan-Africanist and philanthropist, the President believes that Alhaji Tukur understands very clearly that one of the best human legacies is to invest in people and many Nigerians who came in contact with him in business and politics would continue to cherish that embodiment in his character.

He commends Alhaji Tukur’s notable accomplishments in the public service as Ambassador-at-Large, Cabinet Minister and in the country’s maritime sector, where he played a central role and laid the foundation for several landmark projects.

President Buhari prays almighty God to grant the octogenarian more years of good health and longevity to continue making contributions to the growth of the country.

Uzodimma Flags Off Campaign On #Peace Back Nigeria

House Of Reps Commends NNPC For Strides In Gas Development